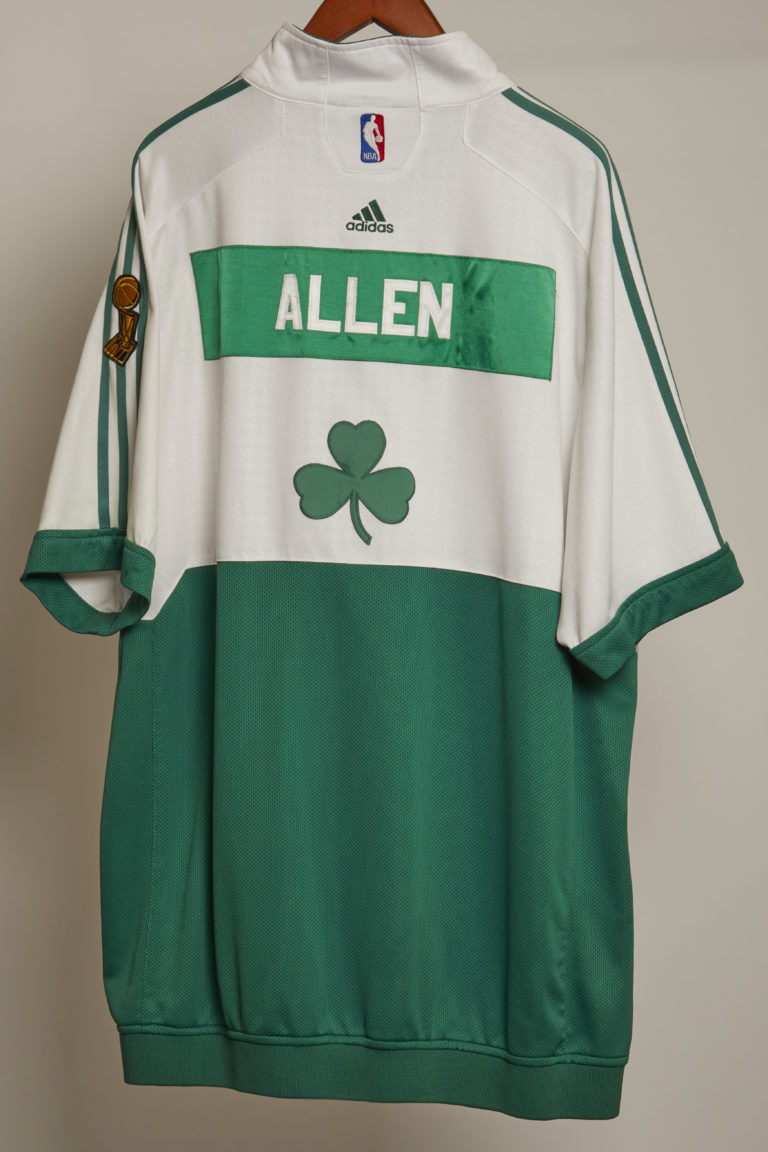 Hall-of-Famer Ray Allen wore this green and white warmup jacket during the 2008 NBA Finals, complete with the Finals logo on the left sleeve. Allen’s best game came in the decisive Game 6 blowout over the Los Angeles Lakers when he scored 26 points on 7-of-9 shooting from the 3-point line. The performance was even more impressive since he stayed in Los Angeles after Game 5 to be with his son, who was dealing with a medical situation. Allen later flew back to Boston on a red-eye flight and made it rain all over Game 6.

Pierce: “It Means Everything”
The Family Celebrates No. 17
Related 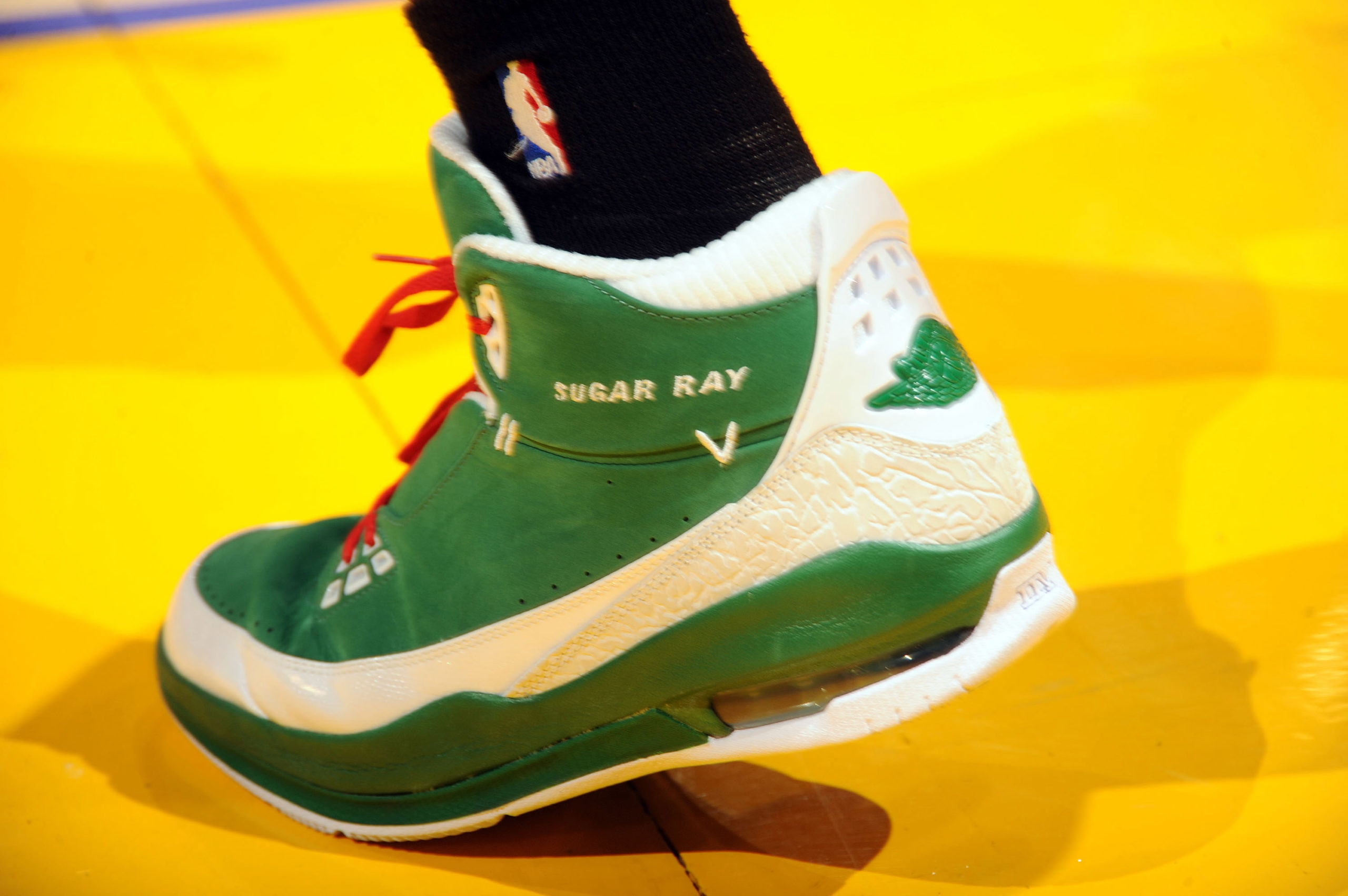 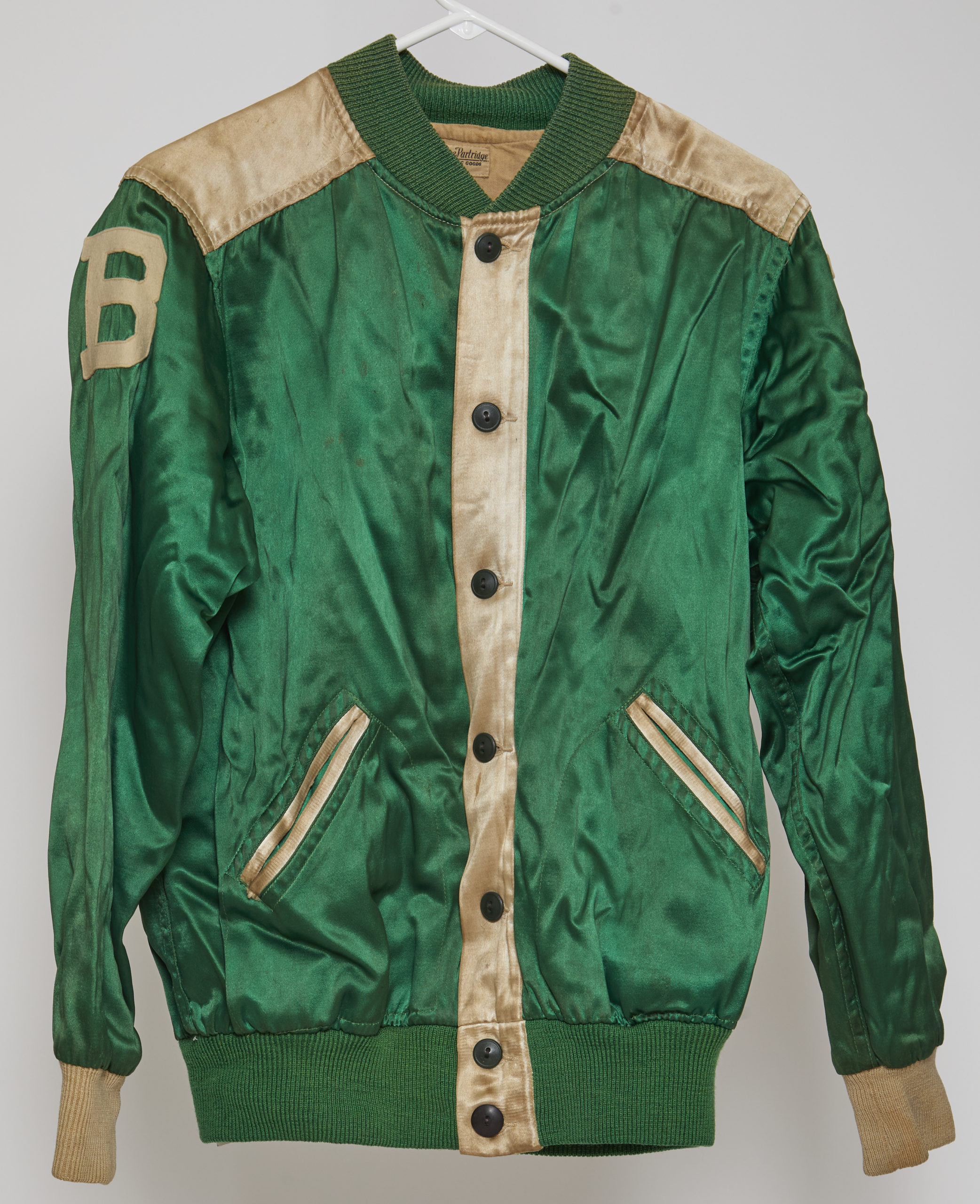