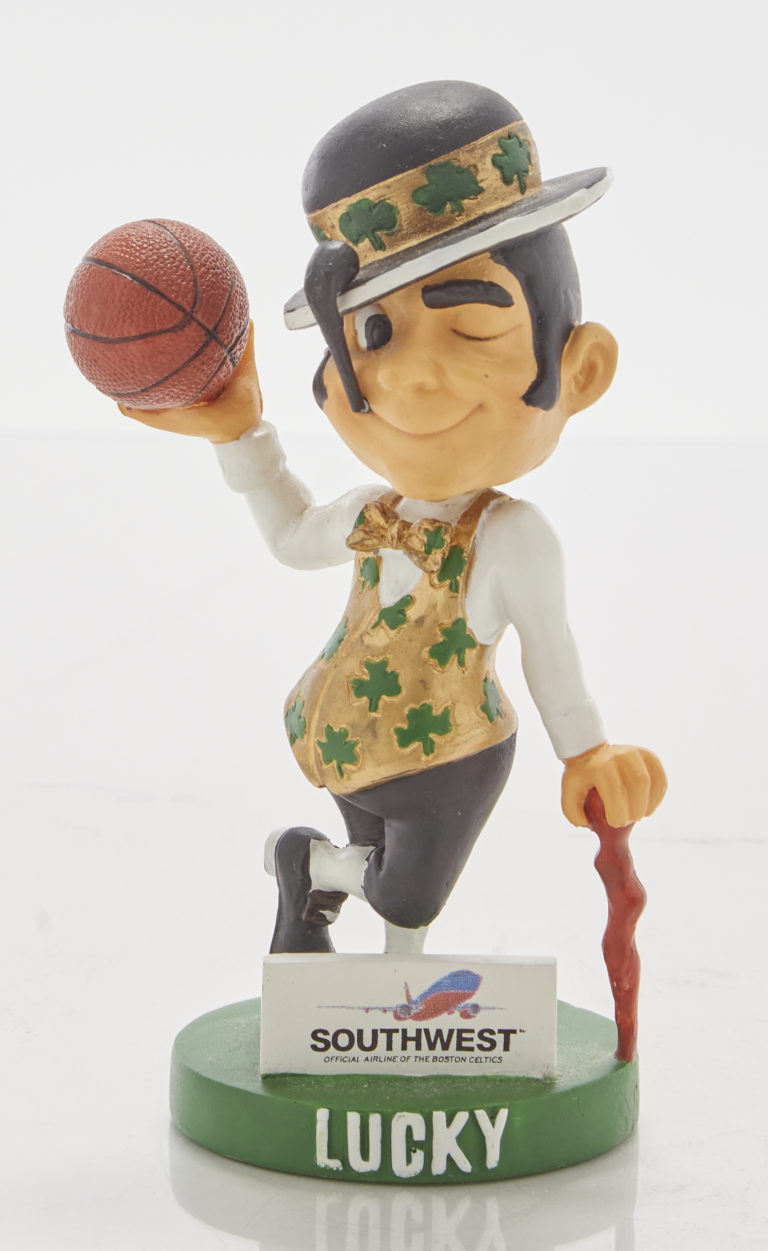 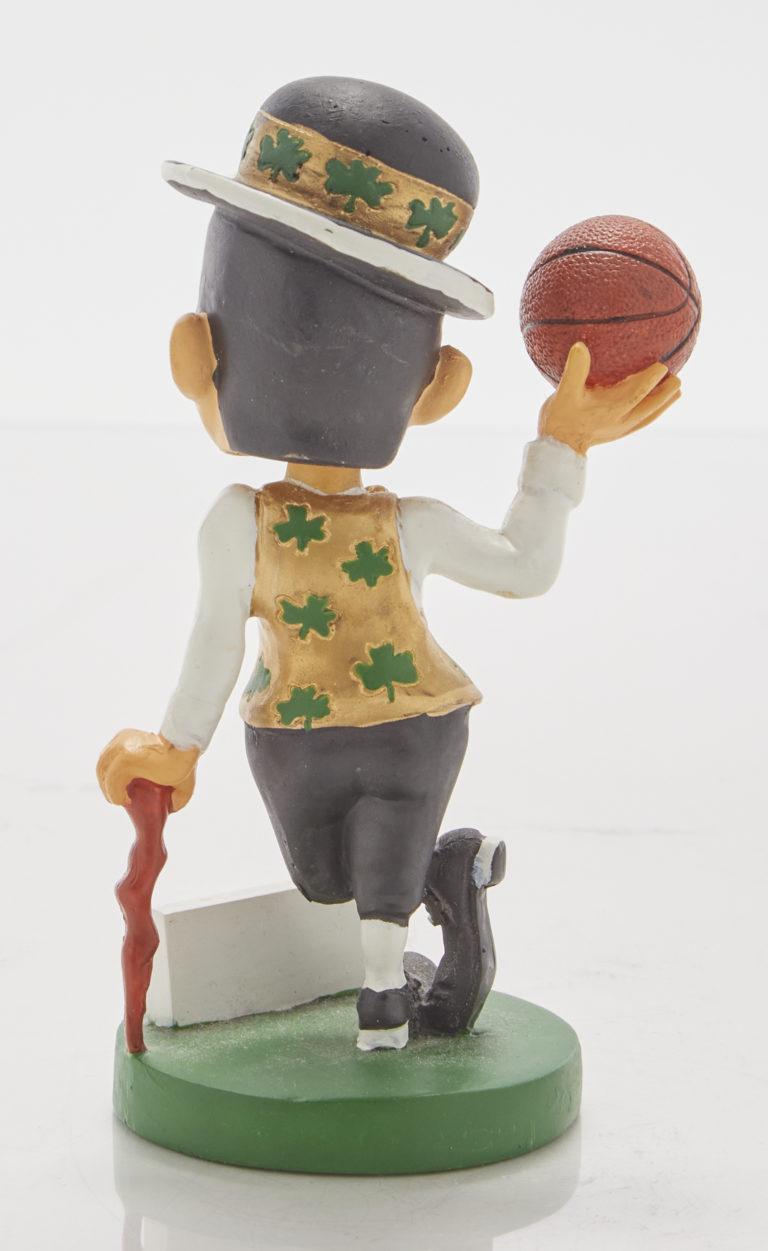 Bobbleheads have a history that go back centuries to religious art. “Nodders” became popular baseball collectables in the 1960s before modern bobbleheads came into fashion in the late 1990s. By 2003, the Celtics teamed up with Southwest Airlines on a series of bobbleheads starting with Paul Pierce and Red Auerbach. Soon bobbleheads of Doc Rivers, Al Jefferson, Ryan Gomes, Antoine Walker and Kevin Garnett followed. Lucky the Leprechaun got his own bobblehead on November 15, 2006, as the Celtics beat Larry Bird’s Indiana Pacers at home, 114-88. 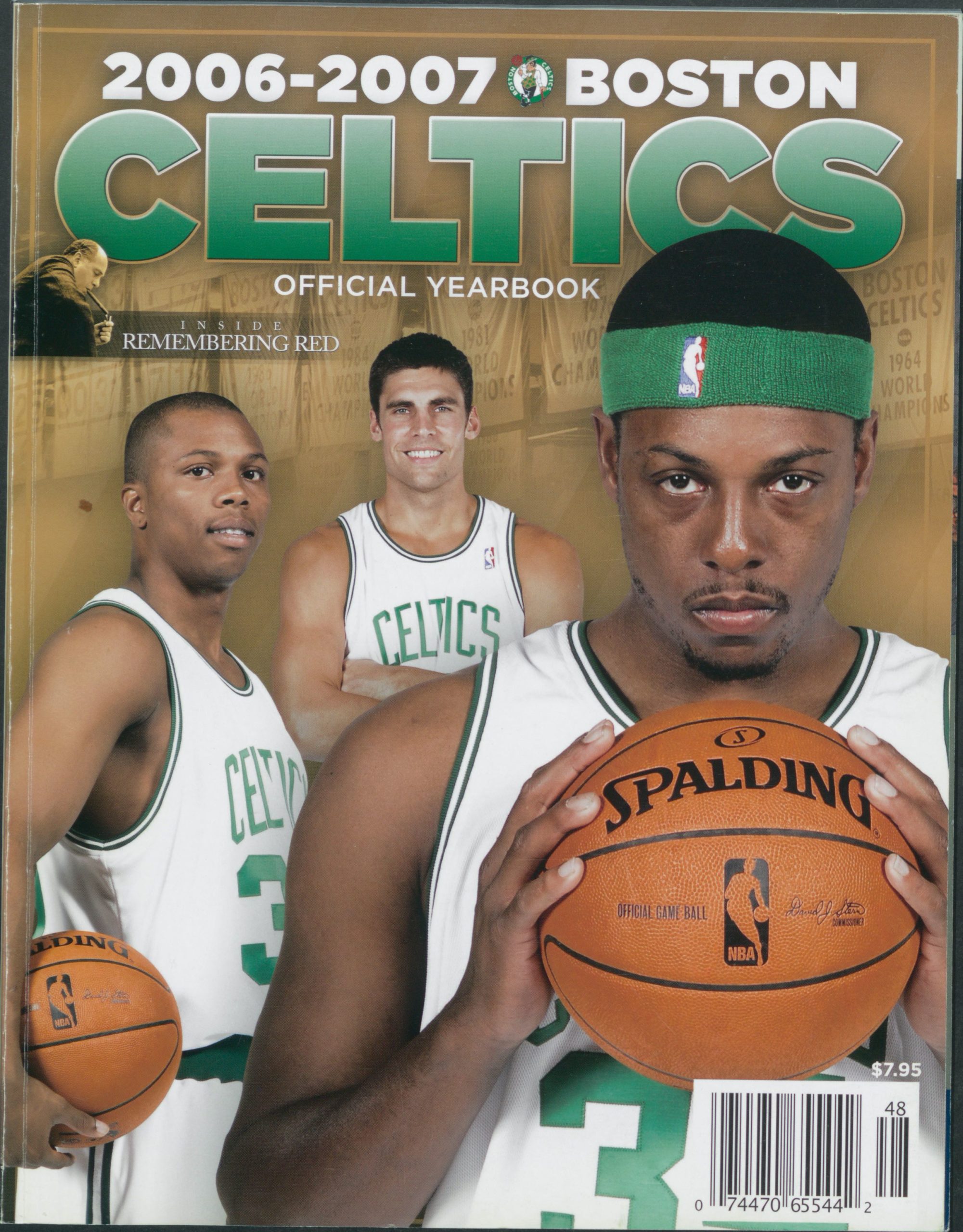 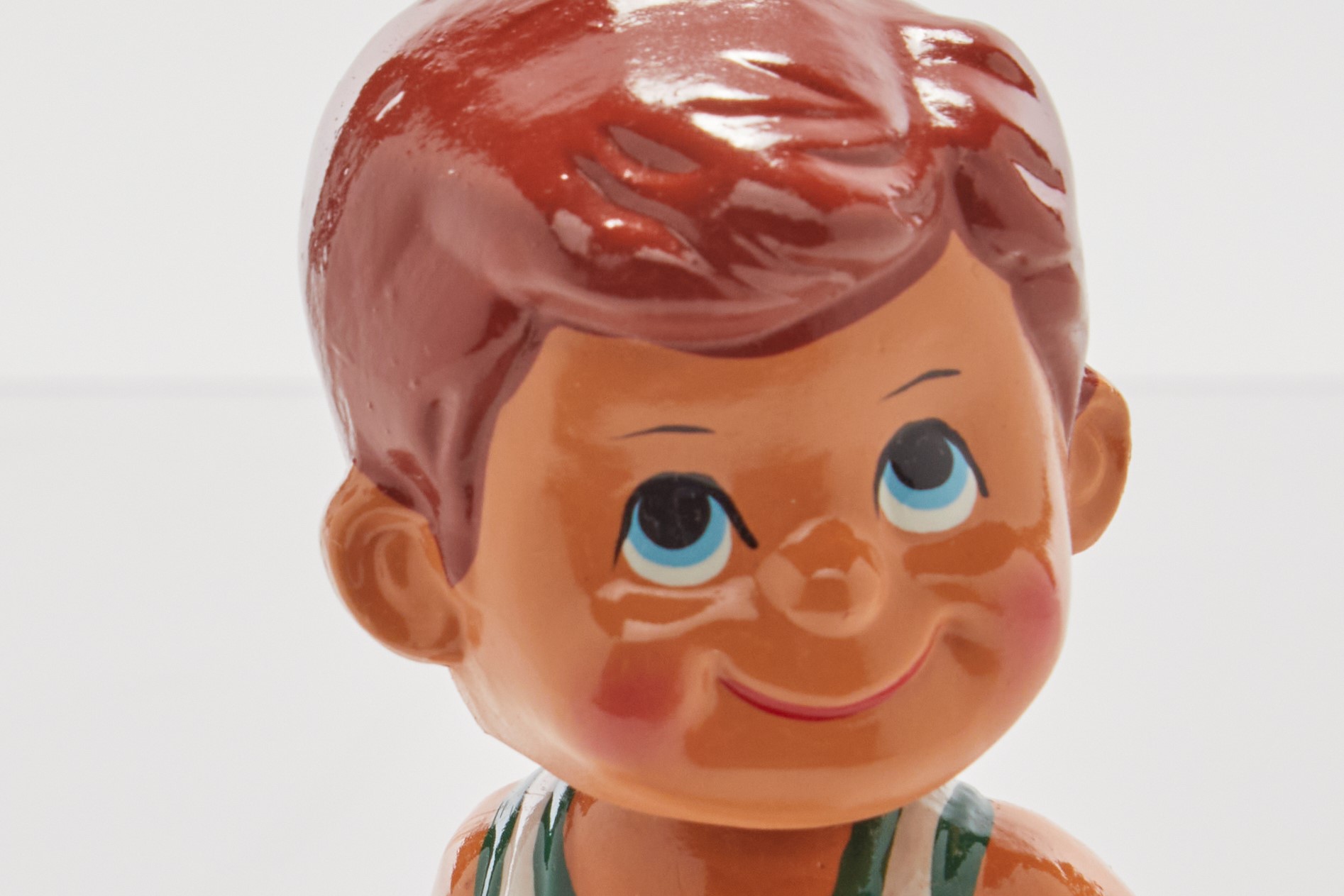 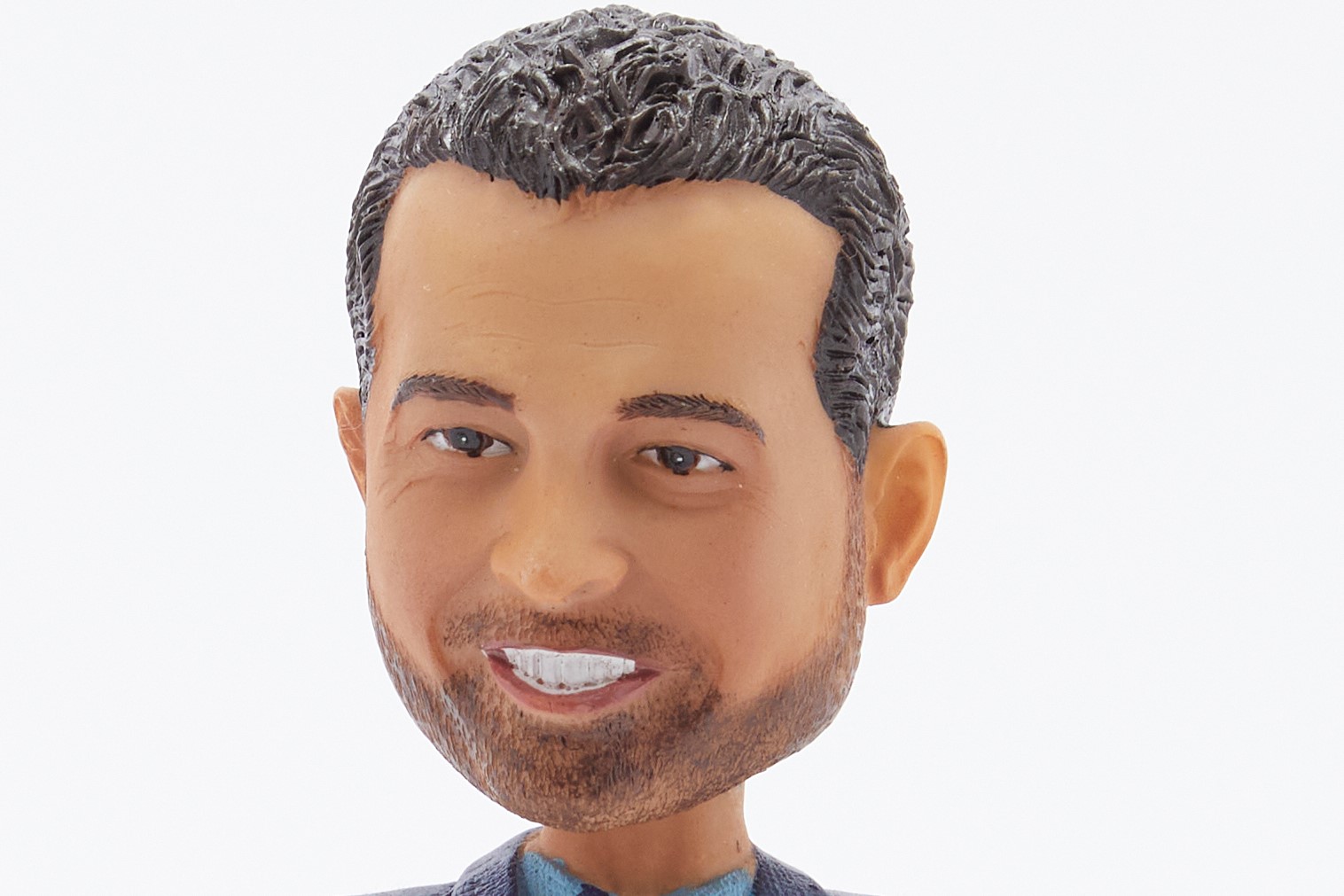 Runs in the Family
item