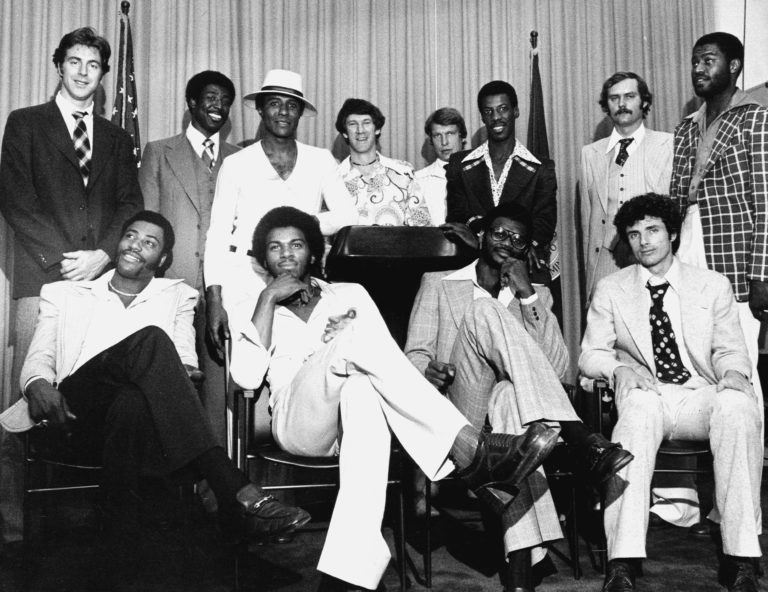 While never quite matching the height of their dominance during the 1960s, the Celtics of the seventies still won two NBA World Championship titles in 1974 and 1976. One of the keys to their success was the mixture of experienced players like John Havlicek and Don Nelson with younger players like Jo Jo White and Dave Cowens. They cleaned up pretty nice, too! The decade ended on a seemingly promising note as the Celtics had the rights to a rising star from Indiana State named Larry Bird. 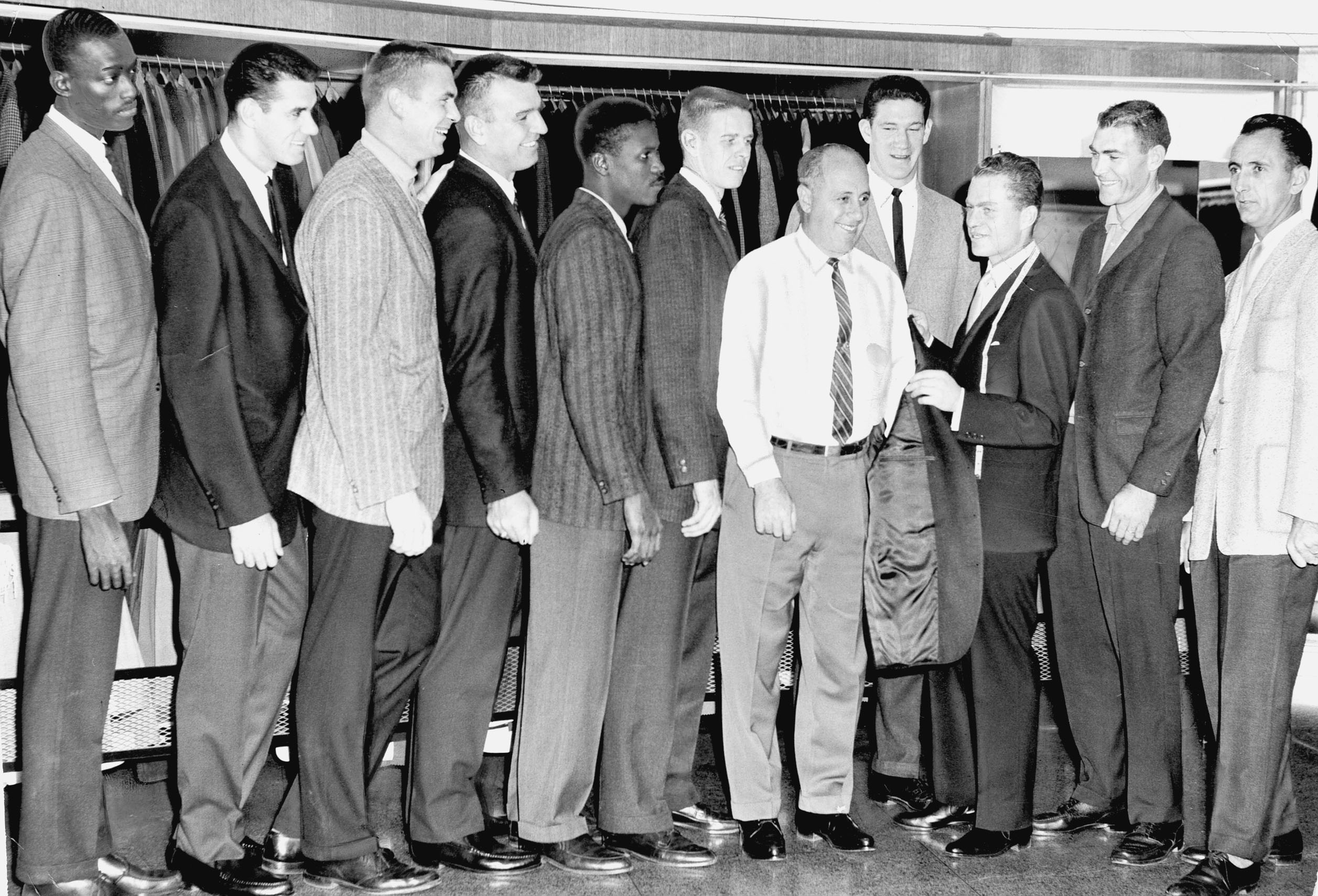 Red’s Suited for the Celtics
item 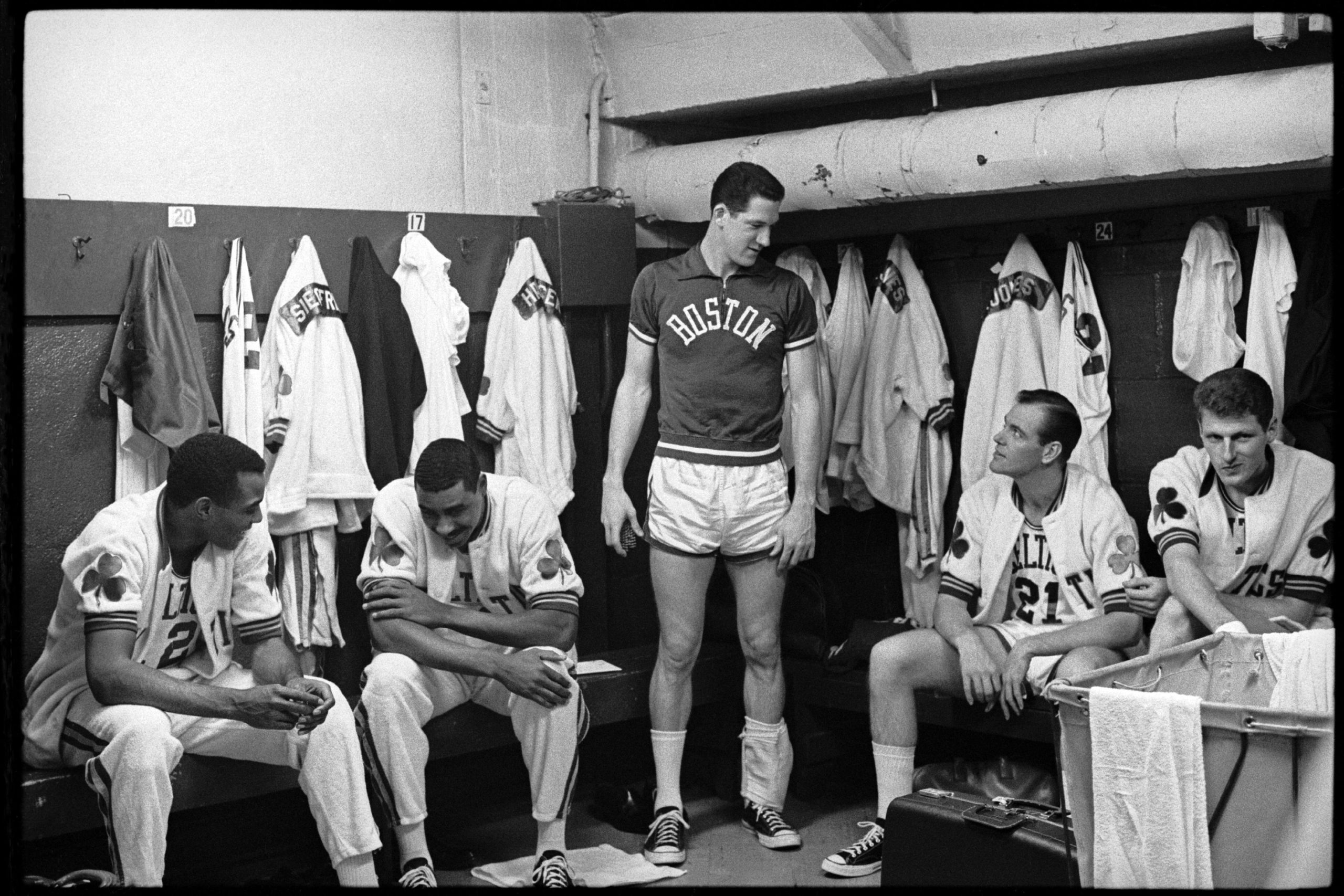 Inside the Celtics Locker Room
item 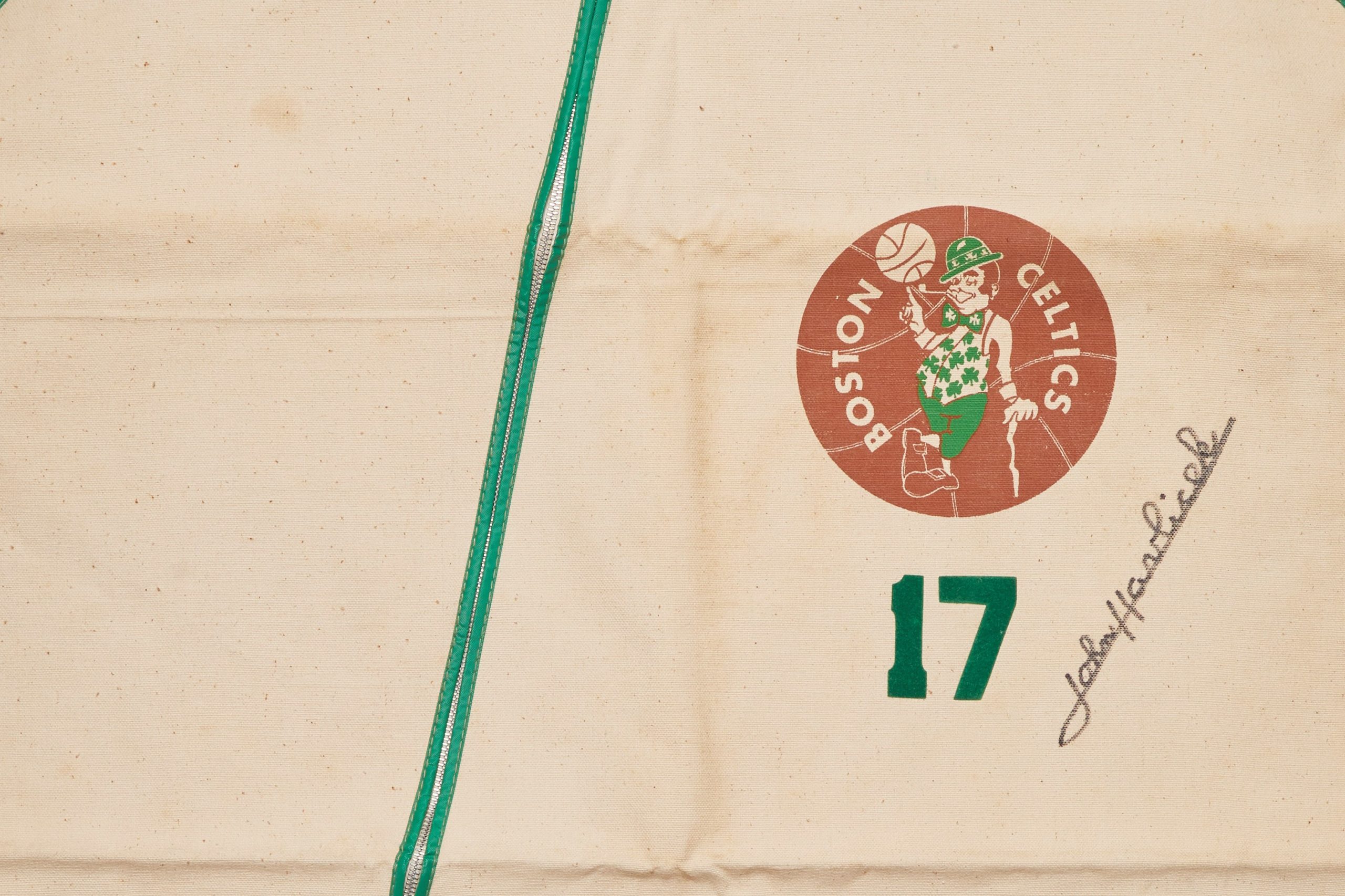