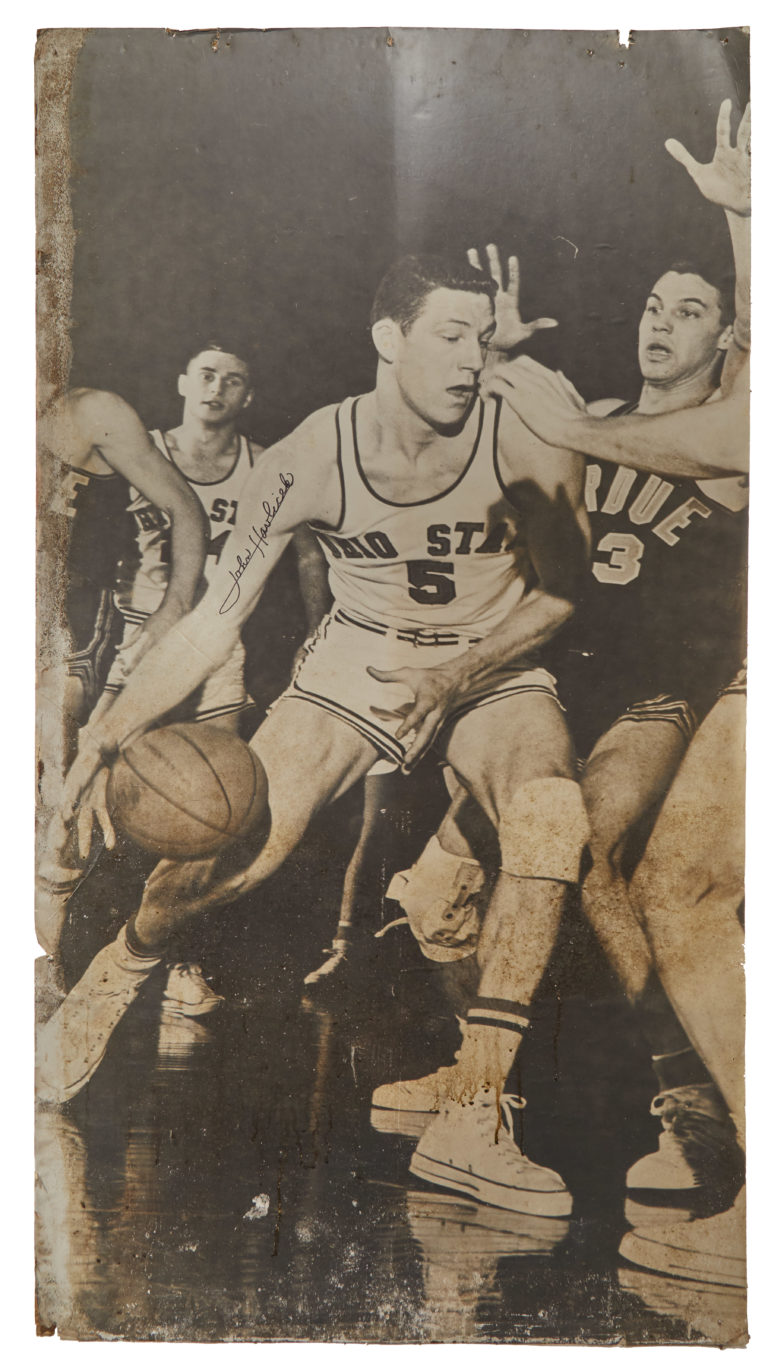 John Havlicek kept this giant poster in his basement, which featured a young Hondo as an Ohio State basketball player facing Purdue. Havlicek tasted success early in his time at Columbus, helping the Buckeyes win the NCAA National Championship in 1960. While that was his team’s only title, Havlicek helped Ohio State go to the NCAA Final Four each of the next two seasons. A captain in his senior season of 1961-62, he averaged 17.0 points and 9.7 rebounds per game, a mere preview of the success that awaited him in Boston.