Getting the Best of West 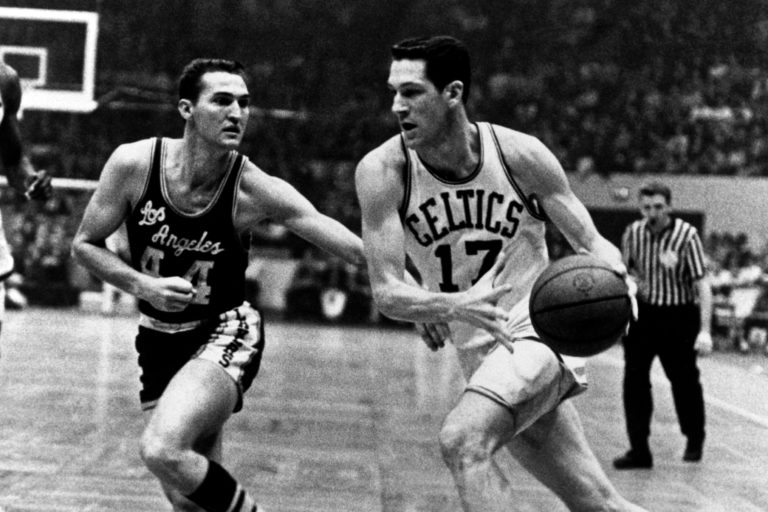 John Havlicek battled against Jerry West during a game against the Los Angeles Lakers in 1970. During the 1969 NBA Finals, both Havlicek and West put up stellar numbers. Hondo played every minute of all seven games, averaging 28.3 points, 11.0 rebounds and 4.4 assists, while West averaged 37.9 points, 4.7 rebounds and 7.4 assists in 43.9 minutes per game. But West’s best efforts weren’t enough as the Celtics won another NBA World Championship title. West later said of Havlicek, “The guy is the ambassador of our sport. John always gave his very best every night and had time for everybody – teammates, fans, the press. He is simply the ideal everybody expects an athlete to be.”