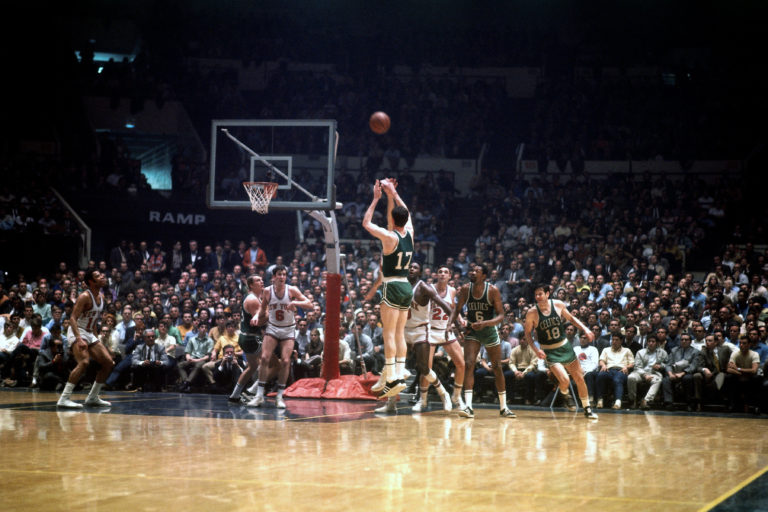 John Havlicek took aim against the New York Knicks at Madison Square Garden. After several blowout losses against the Knicks during the regular season, the teams met in the 1969 Eastern Conference Finals. The Celtics outlasted New York, winning the series 4-2 after a narrow 106-105 victory in Game 6 at home. Havlicek put up a double-double in the clinching contest with 28 points (11-of-25 shooting and 6-of-7 free throws), 13 rebounds and five assists while playing all 48 minutes of the game.

Hondo vs. the Skyhook
Forever a Buckeye