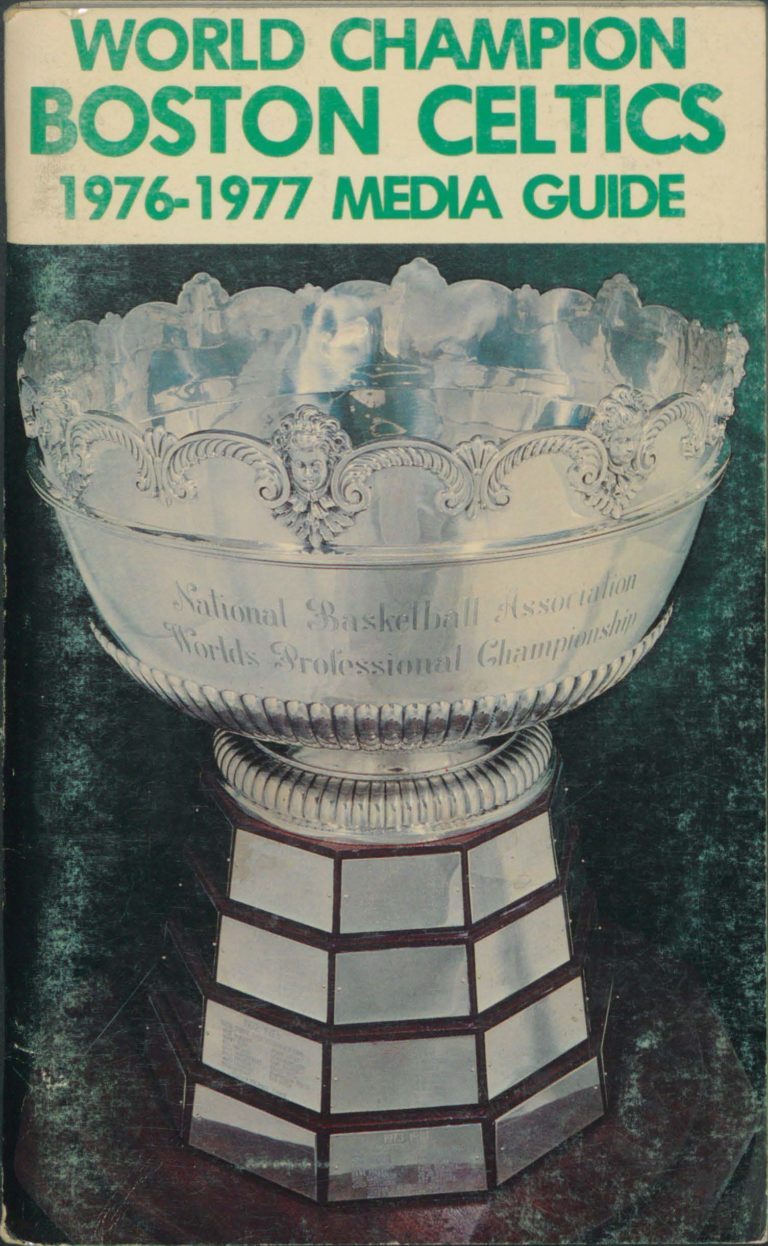 Coming off another NBA World Championship title (see the trophy on the cover here), the Celtics expected to make another deep playoff run in the 1976-77 season. Injuries to Dave Cowens and Charlie Scott plagued a team that was inconsistent, never winning or losing more than four games in a row. The Celtics managed a 44-38 record and made their sixth straight playoff appearance. Leading the charge that season were All-Stars John Havlicek, Jo Jo White and a hobbled Cowens.

Eighty-Sixed by the 76ers
We Come to Win
Related 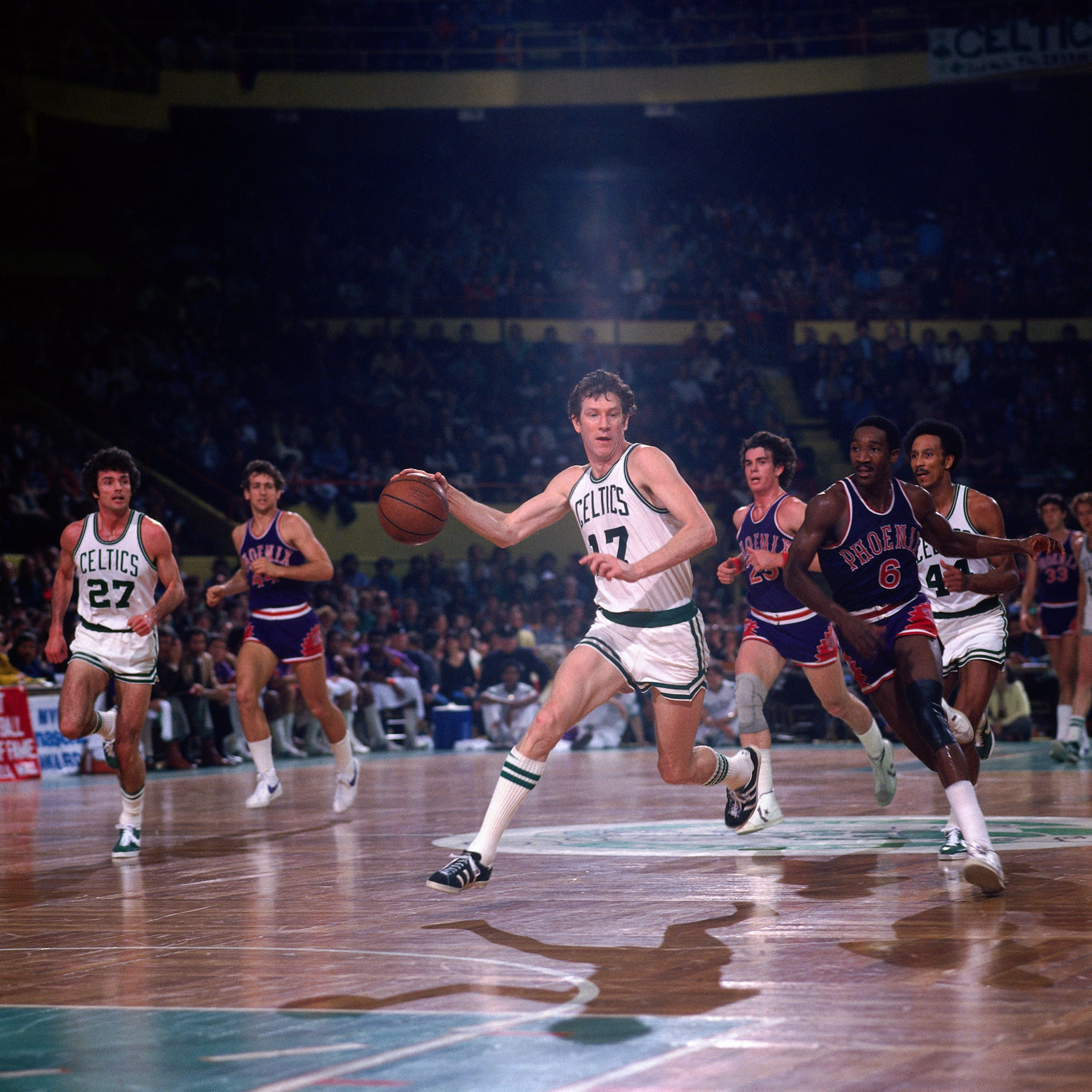