NBA veteran Scot Pollard signed with the Celtics in 2007 with hopes of winning a championship. He had played as a member of the Cleveland Cavaliers in 2006-07 but lost in the NBA Finals to the San Antonio Spurs. “That was a good experience except for the part about being swept,” quipped the notoriously dry-humored Pollard. He joined the Celtics as a backup to Kendrick Perkins and did well early on, but an ankle injury forced Pollard to miss the second half of the season and the playoffs. While he didn’t get a chance to play in the 2008 NBA Finals, Pollard celebrated with the team during the parade and at Fenway Park. He later autographed this jersey, complete with a special Finals patch. 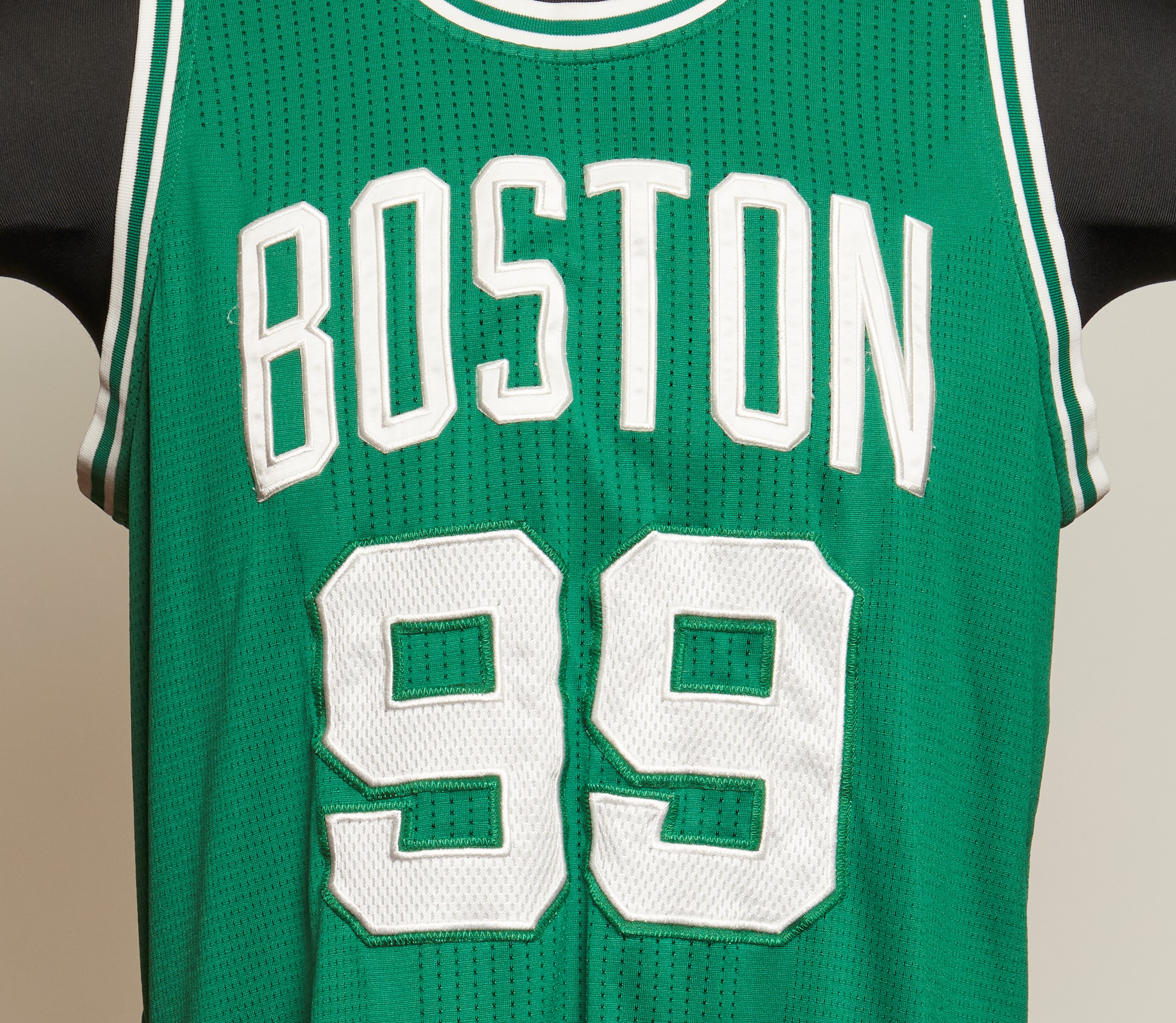 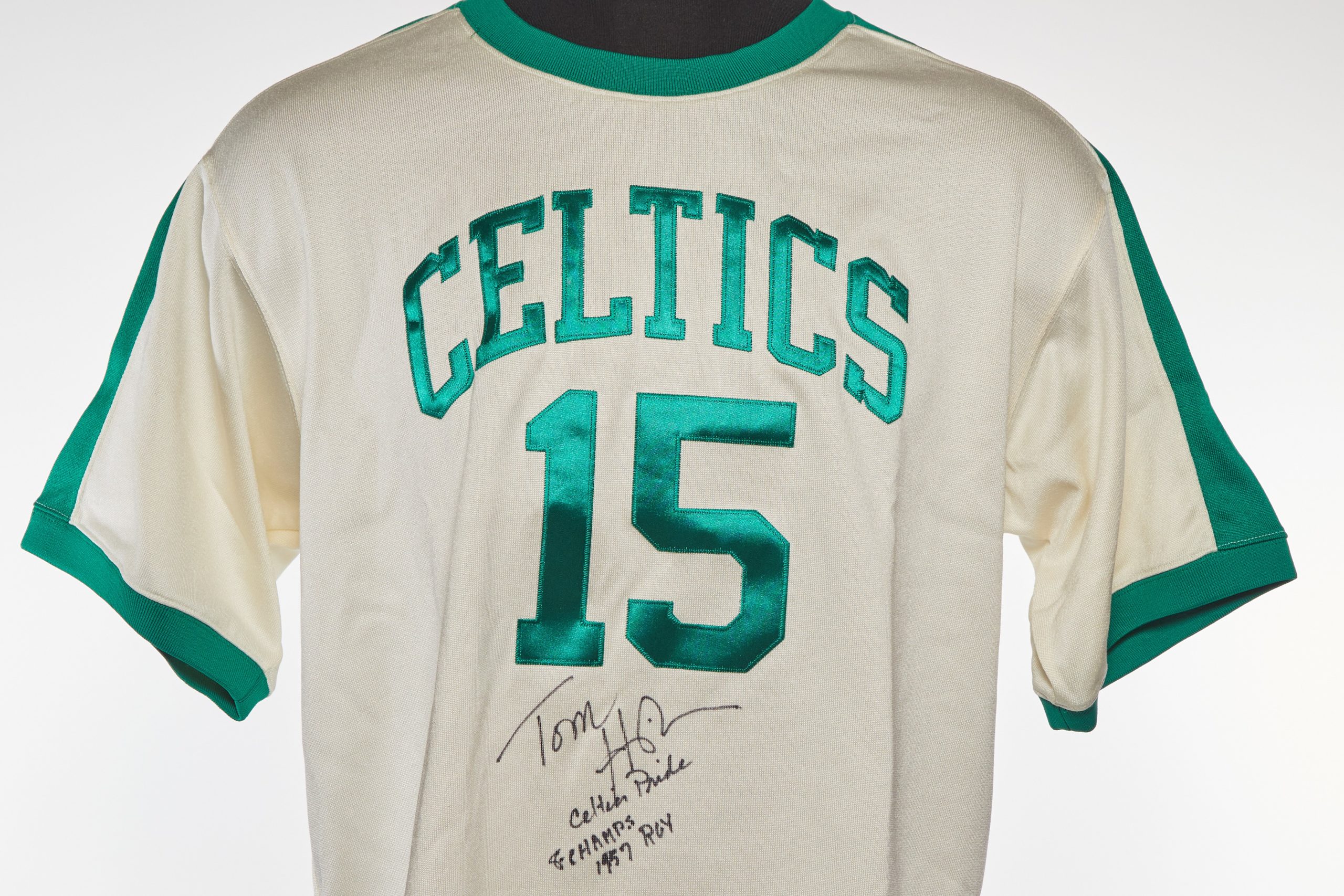