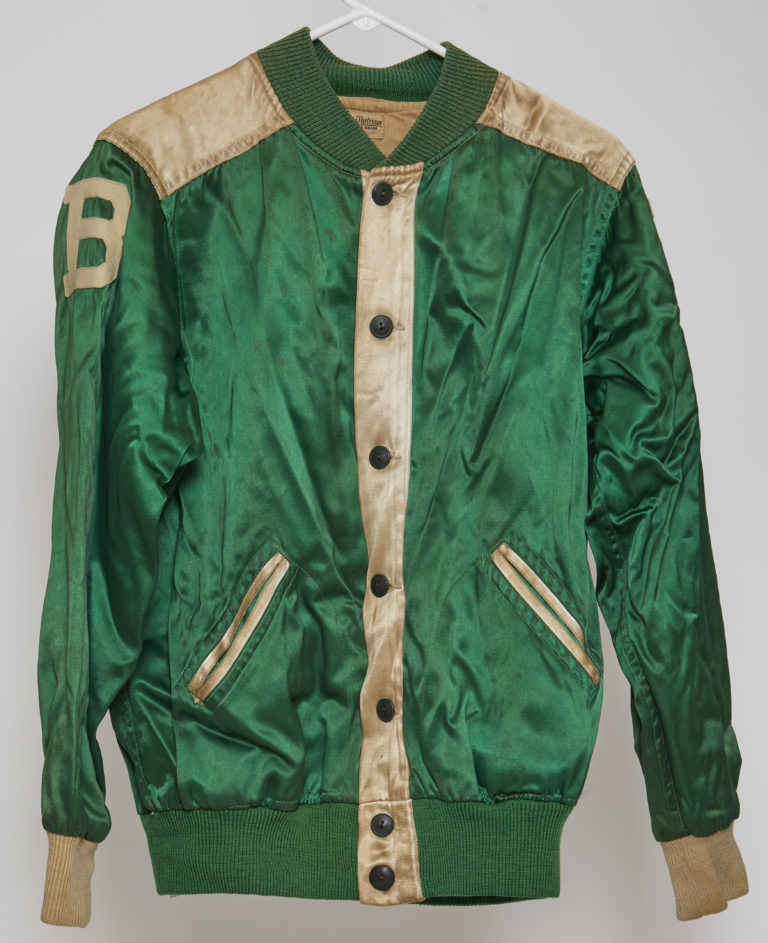 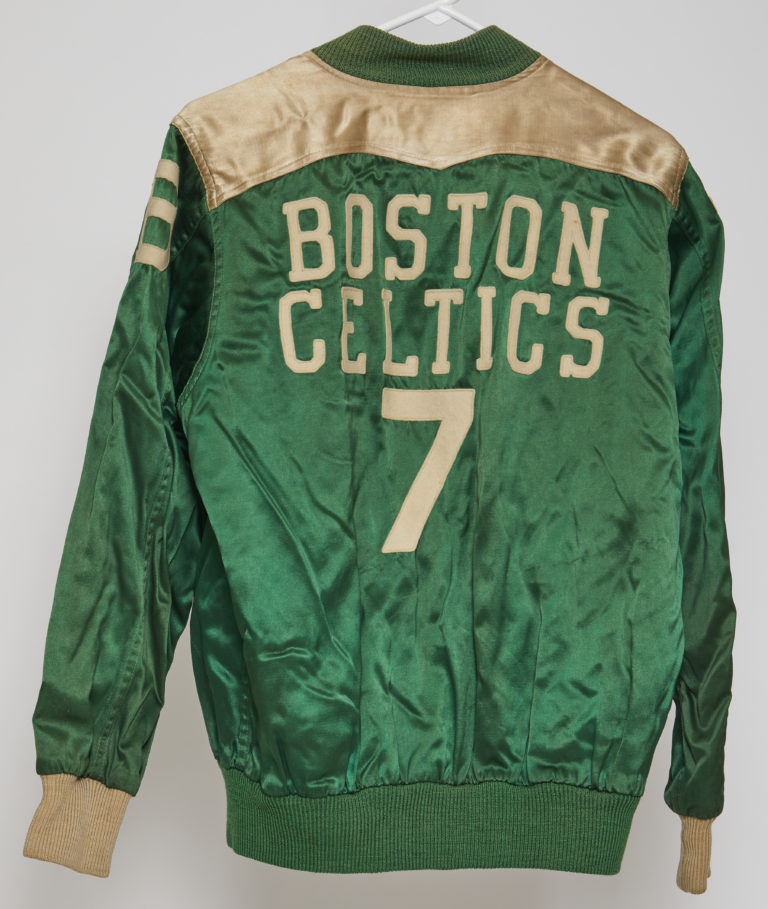 Sonny Hertzberg owned this vintage letterman’s jacket during his two seasons with the Celtics from 1949 to 1951. Despite Hertzberg’s roots in New York and his previous stint playing in the city, Hertzberg took his role in Boston seriously by mentoring a young Bob Cousy. Red Auerbach referred to Hertzberg as his “coach on the floor.” After his retirement, Hertzberg returned to his hometown as a color commentator for the New York Knicks. 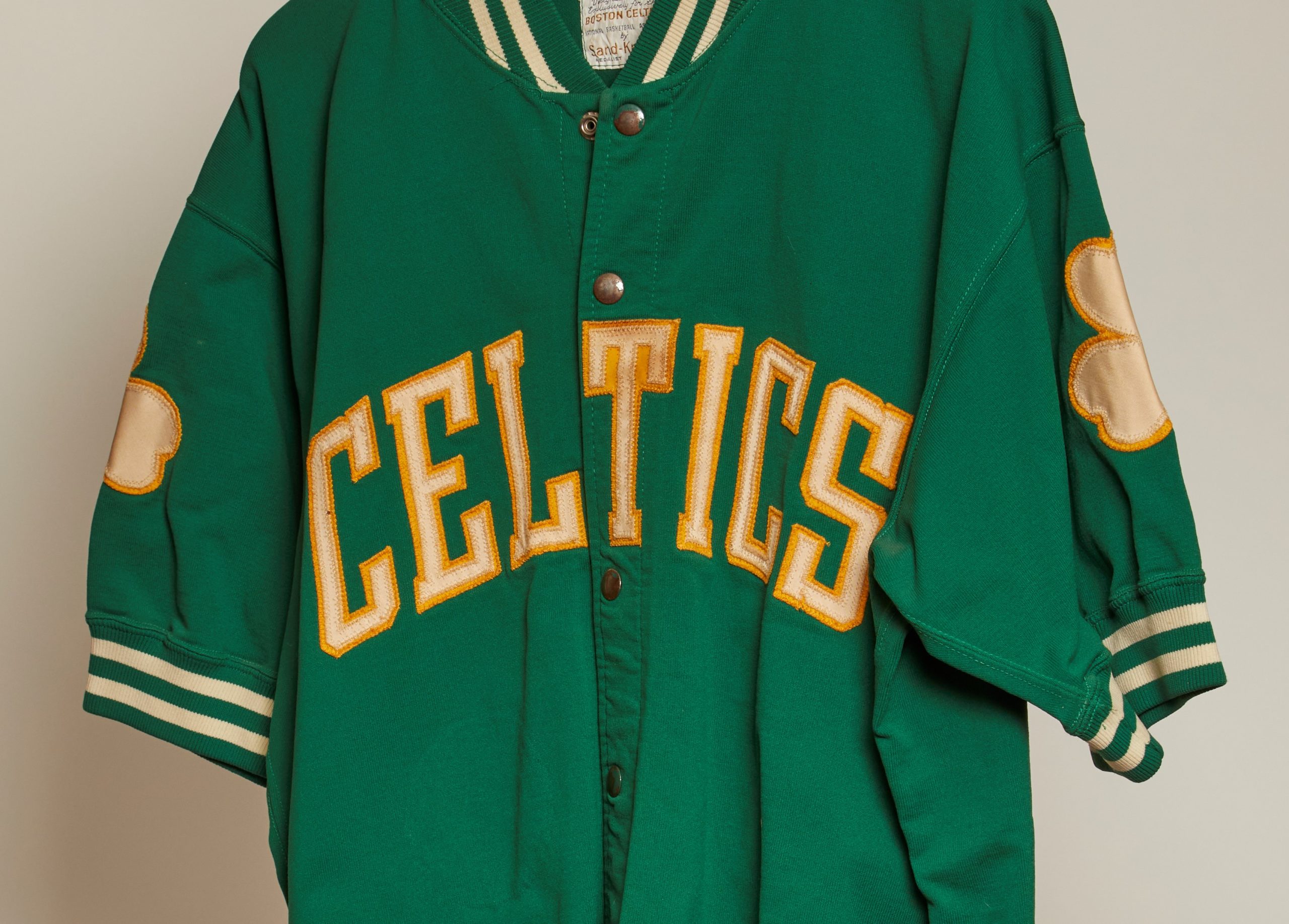 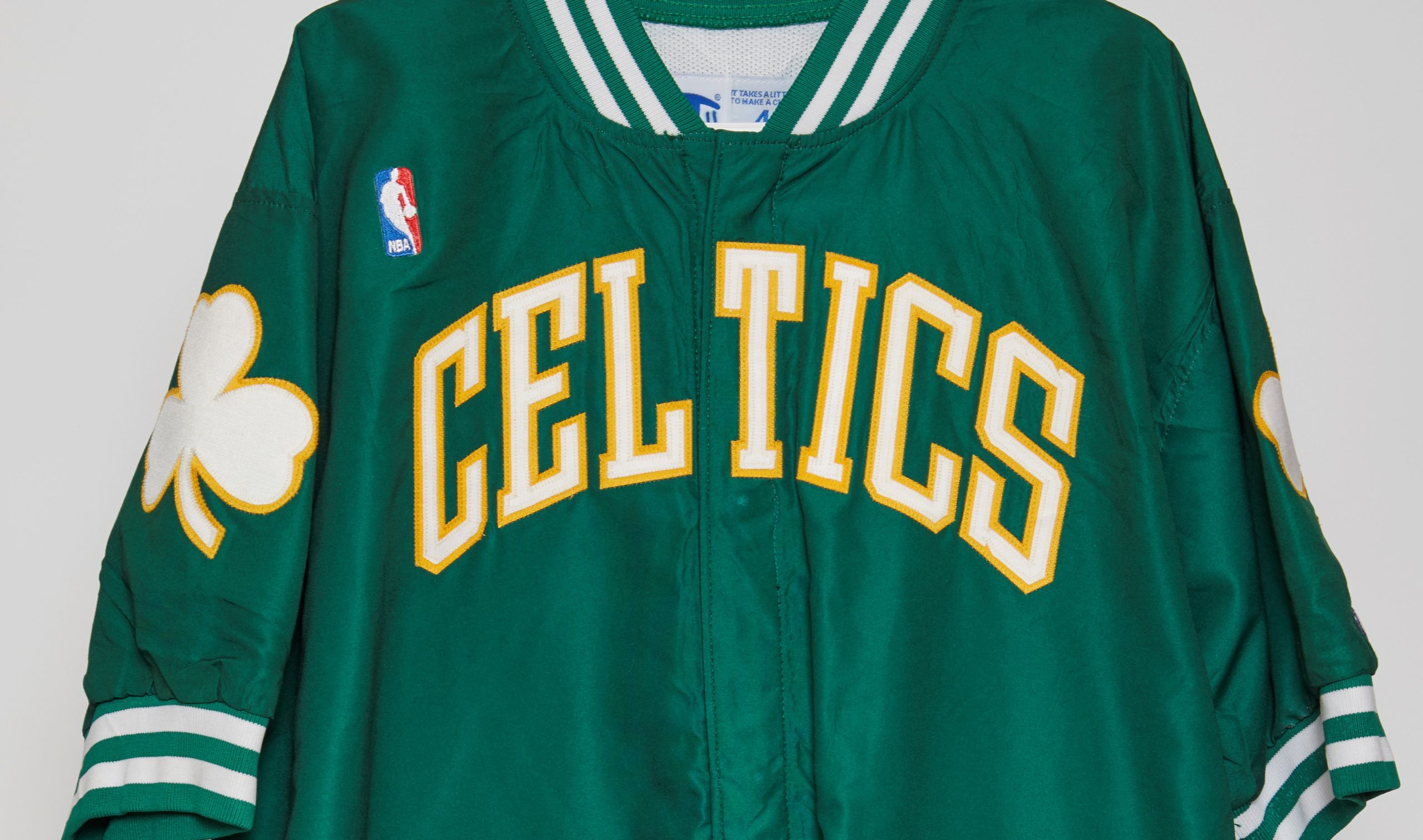