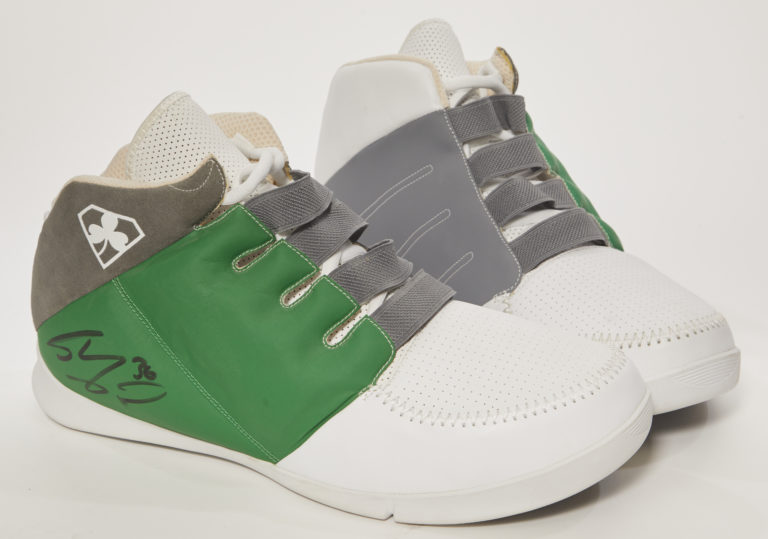 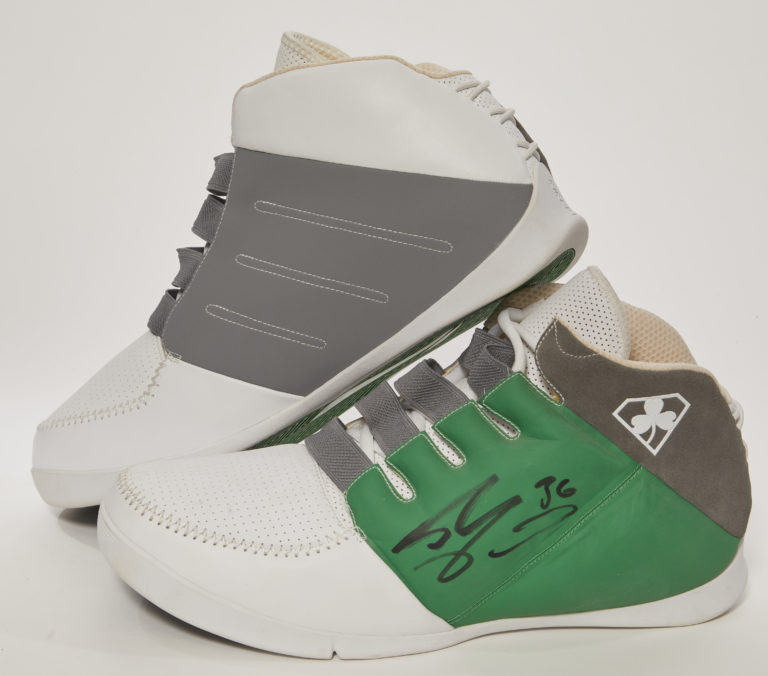 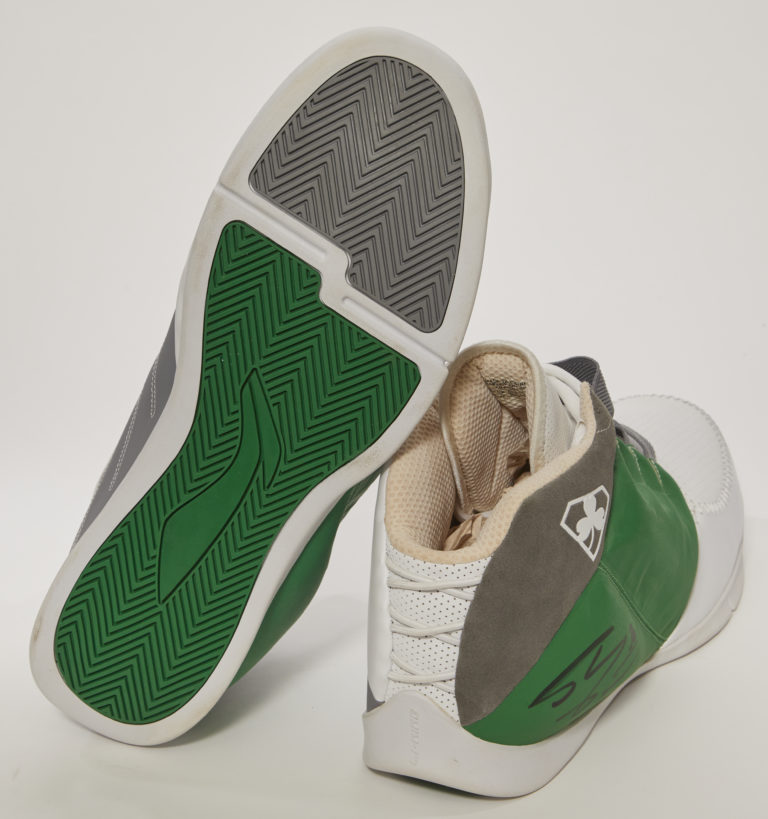 On August 4, 2010, the Celtics signed center Shaquille O’Neal to a two-year deal. The 38-year-old O’Neal previously immortalized himself in NBA history with four NBA World Championship titles with the Los Angeles Lakers and Miami Heat. Unfortunately, injuries derailed O’Neal’s career in Boston and he retired at the end of the 2010-11 season. He signed these “Big Shamrock” shoes, which were designed specifically for Shaq to wear if the Celtics made it to the NBA Finals that season.

Red in the NB Center
The Bird’s Star Conquests
Related 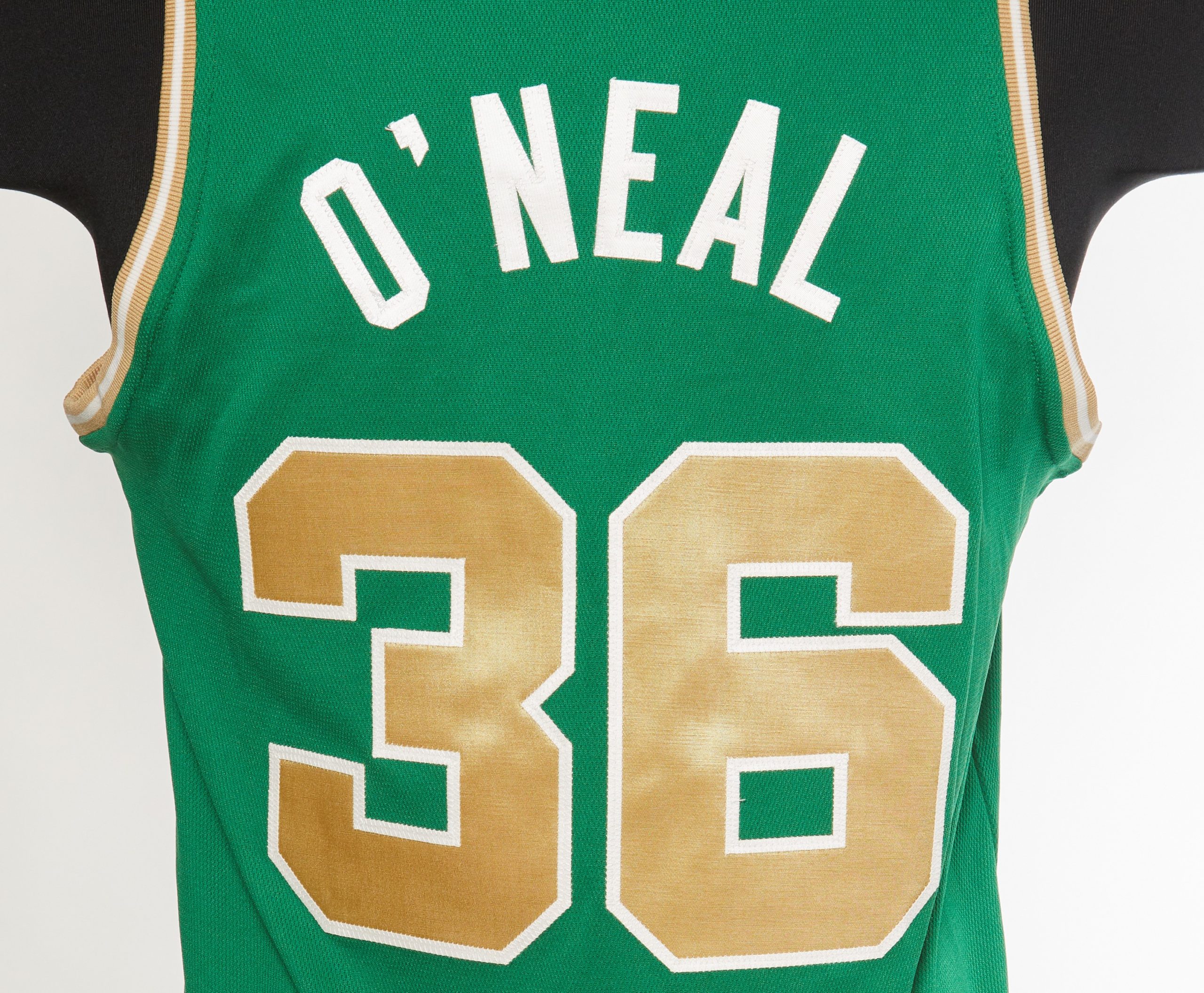 An Irish Jersey for an Irish Name
item 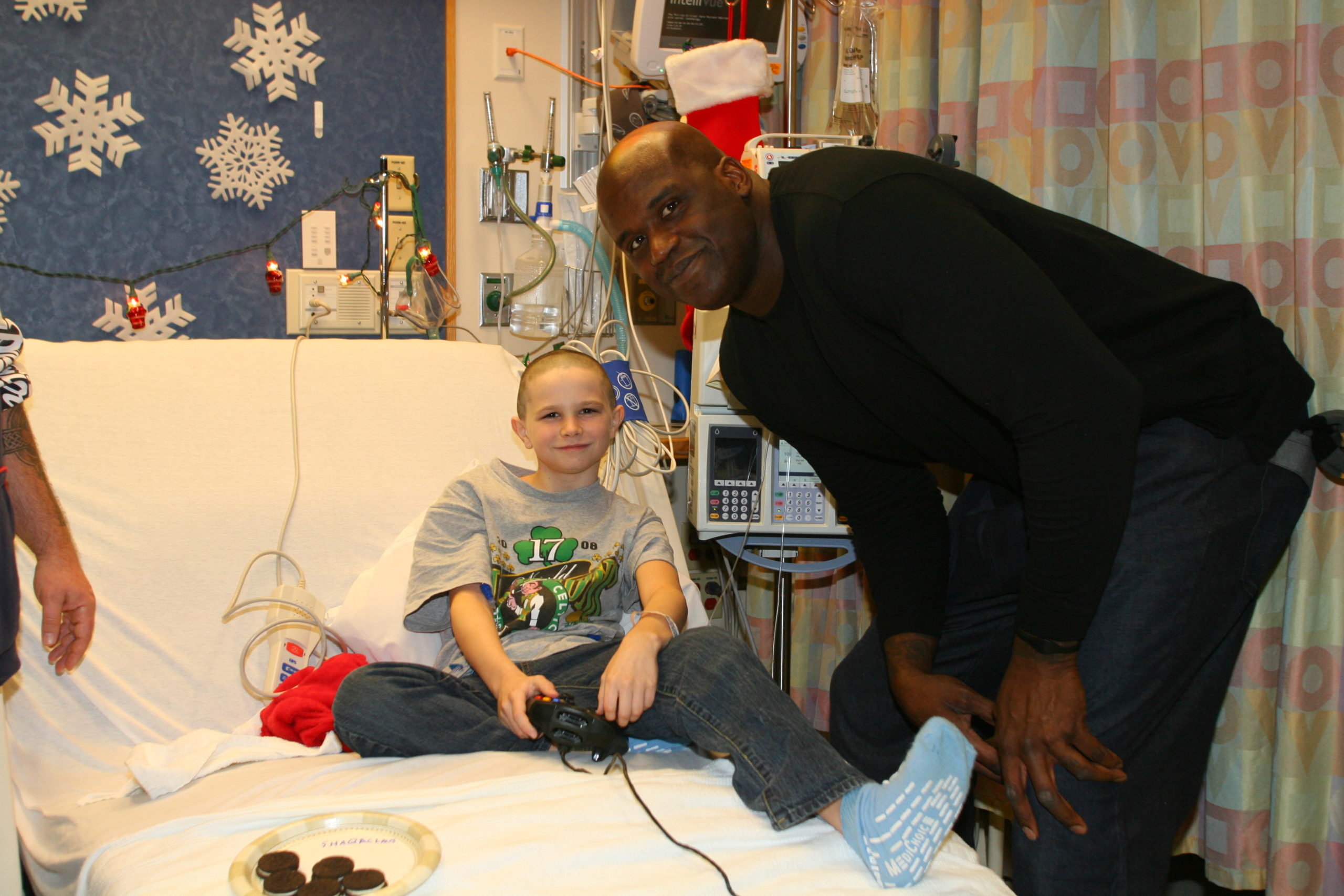 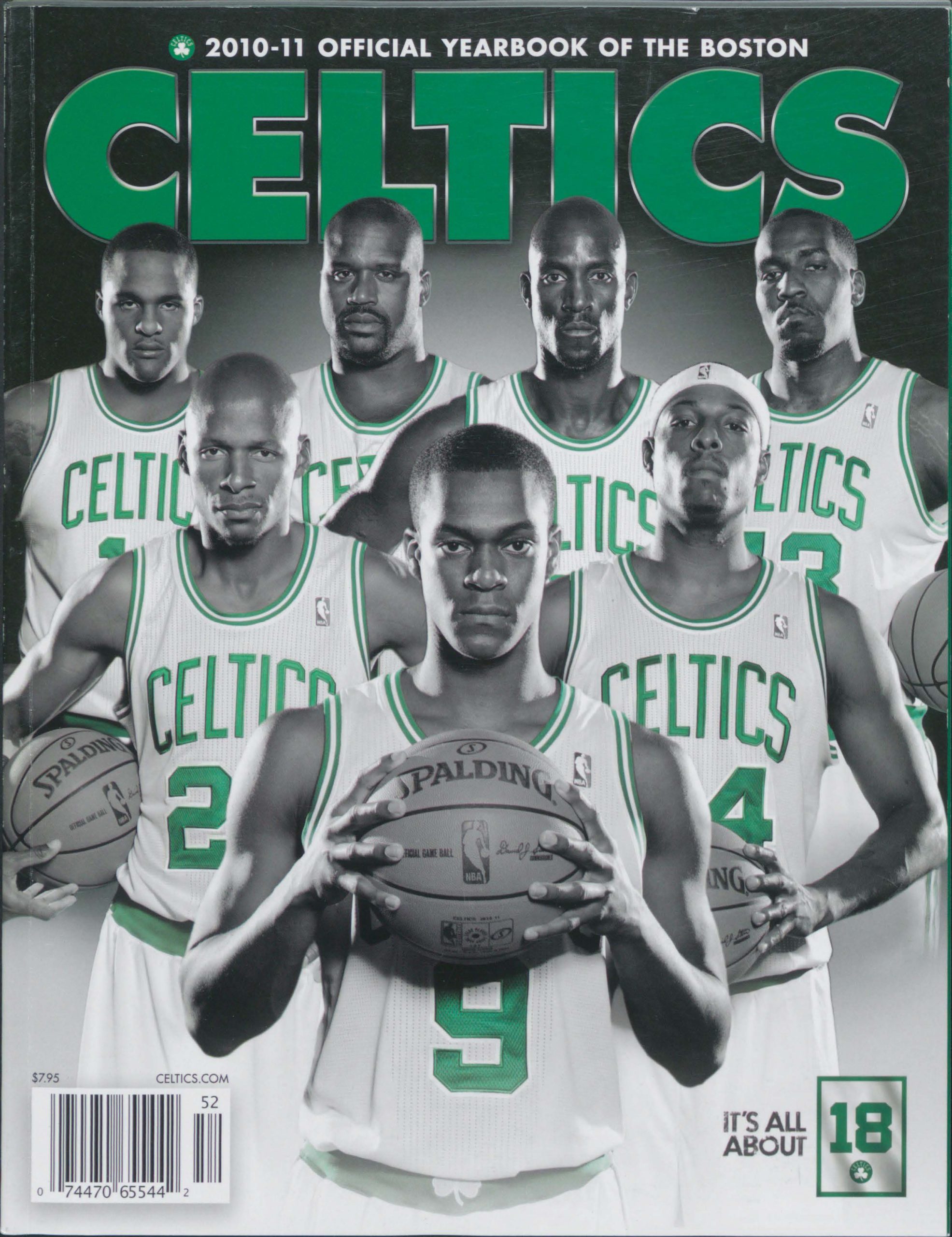