The Syracuse Nationals traveled to Boston Garden on March 21, 1953, for one of the most legendary NBA playoff games. Physical play led to punches thrown between Bob Brannum of the Celtics and Dolph Schayes of the Nationals. The brawl extended when Nats shooter Billy Gabor tried to fight the police, who were breaking up the tussle between Brannum and Schayes. When the game ended in a Celtics 111-105 victory in quadruple overtime, there were some staggering statistics: 129 attempted free throws, 108 made free throws, and a grand total of 106 called personal fouls.

Best of the Early Years
item 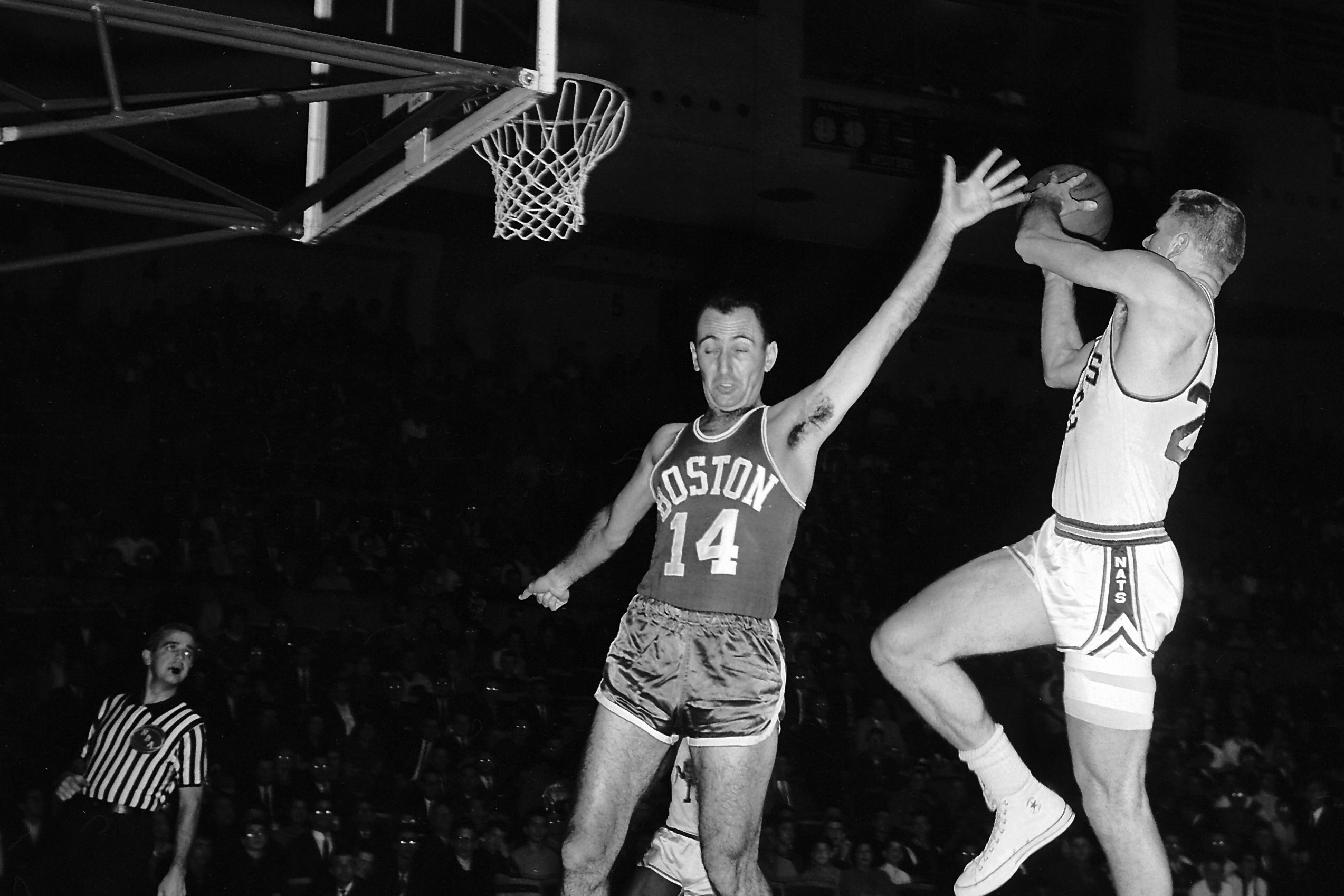 Offense is the Best Defense
item 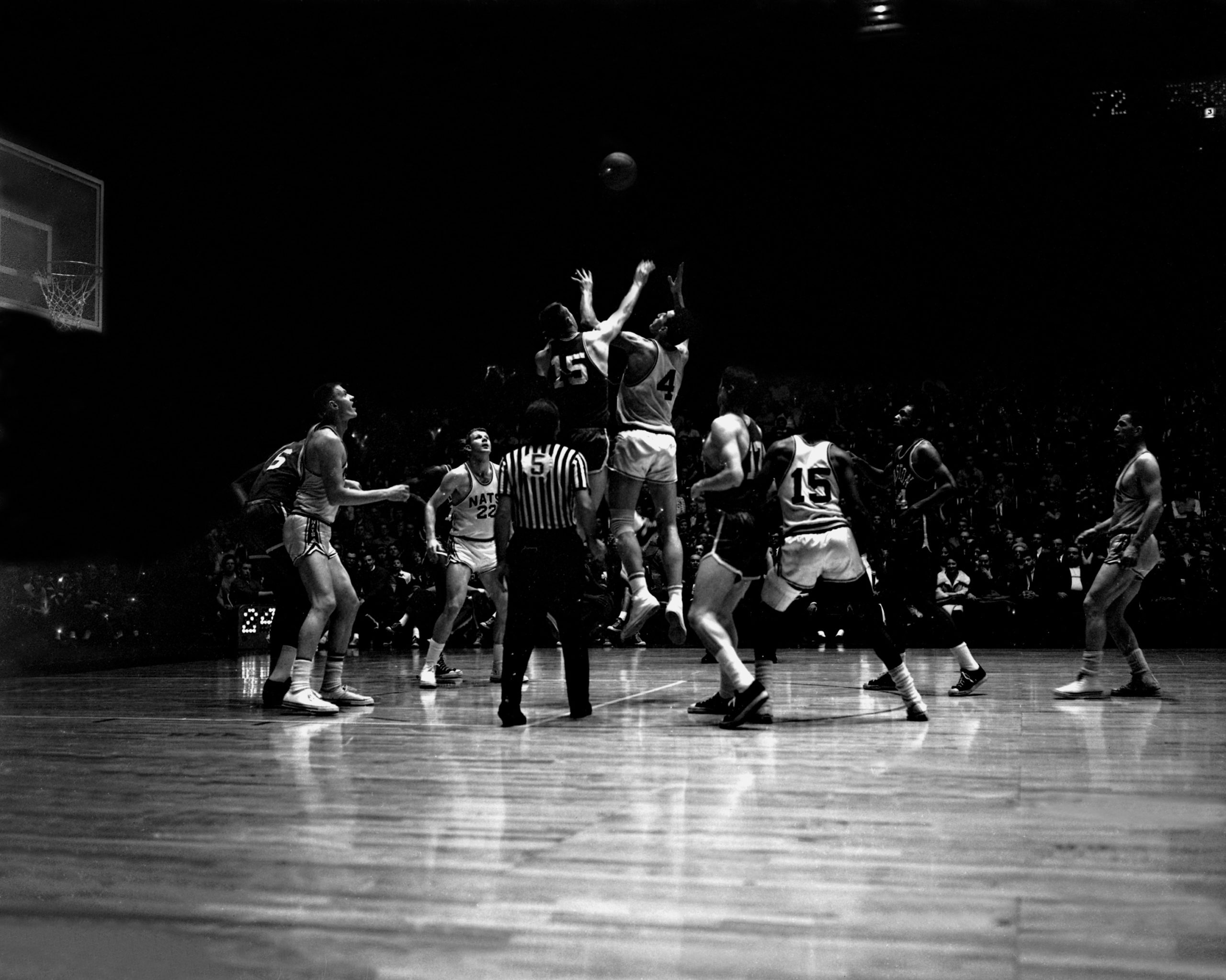