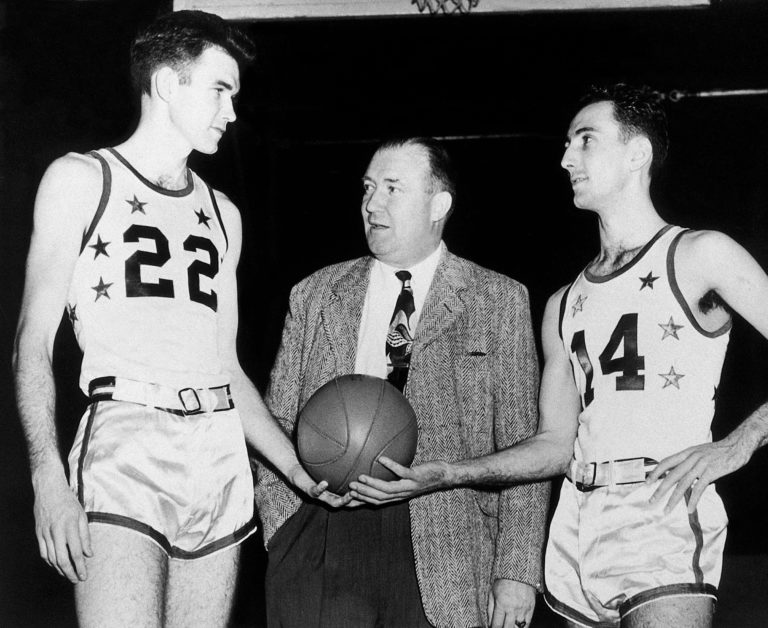 Celtics owner Walter Brown posed with two of his team’s early stars, Ed Macauley and Bob Cousy, in their All-Star uniforms for the NBA’s first ever All-Star Game in 1951. Macauley’s 20 points helped lead the East to a 111-94 victory and earned him MVP honors for the game. For his part, Cousy came agonizingly close to a triple-double with eight points, eight assists and nine rebounds. Brown was foundational in creating the All-Star Game, which was held at Boston Garden that first year. 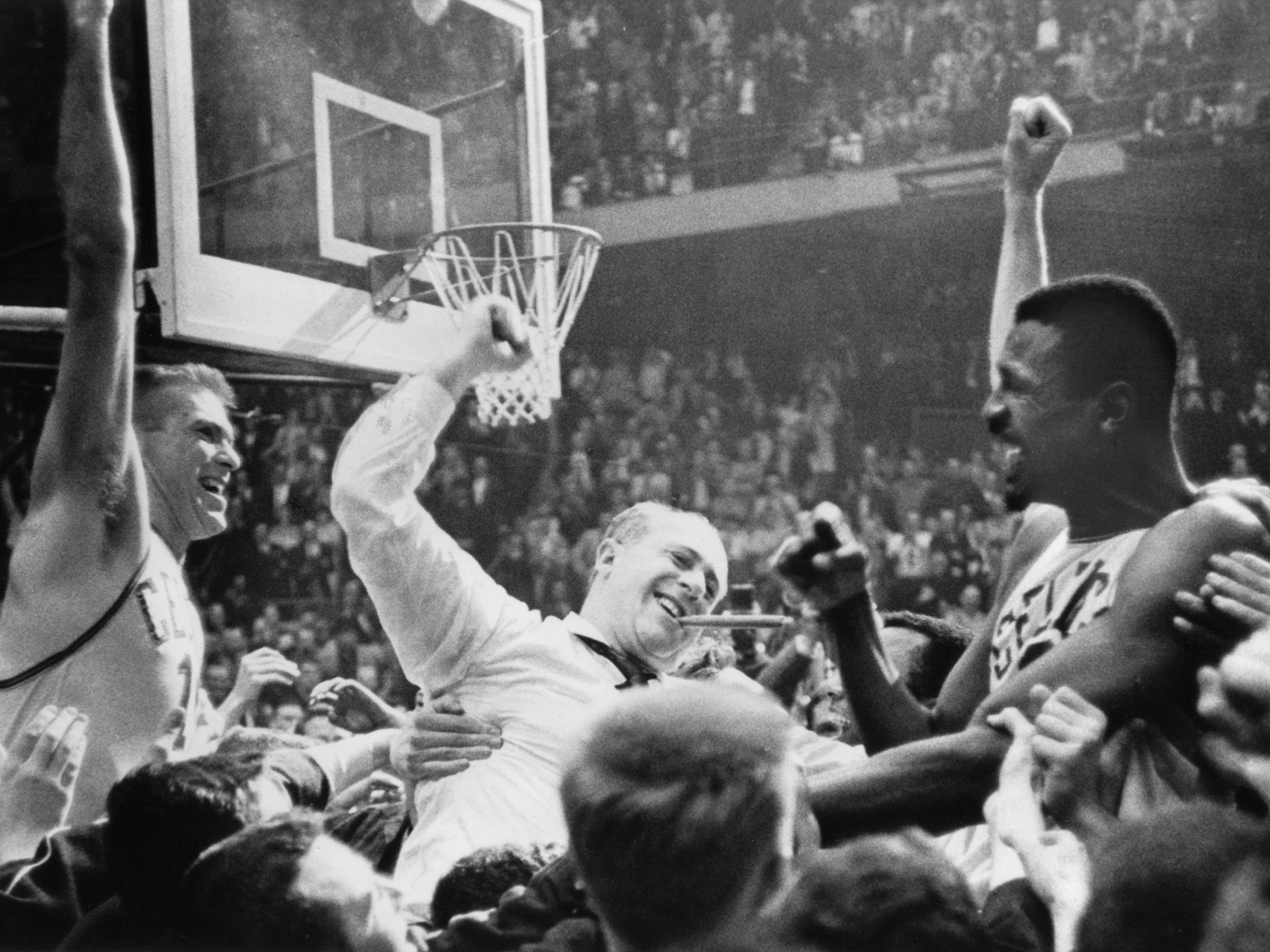 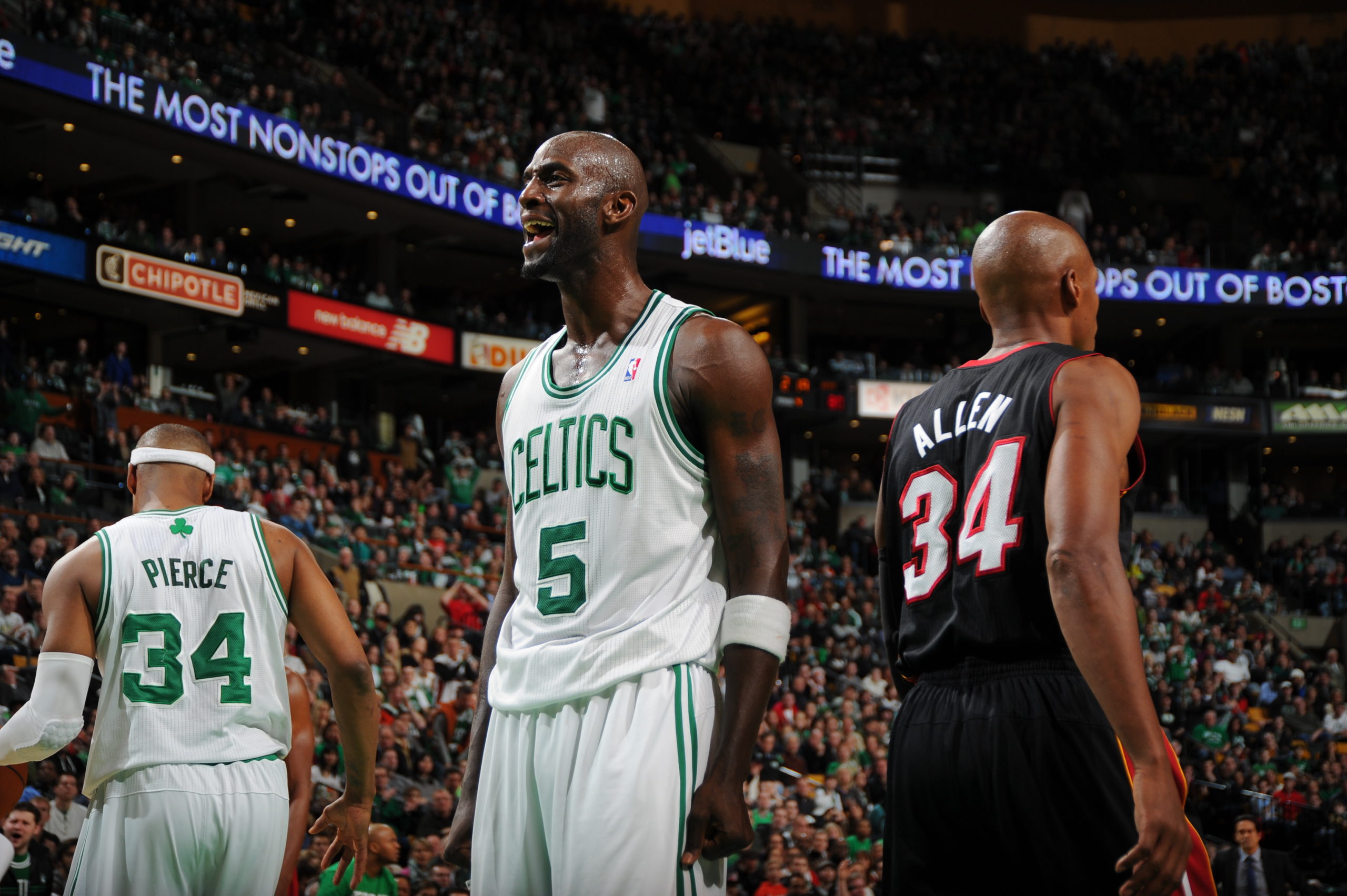 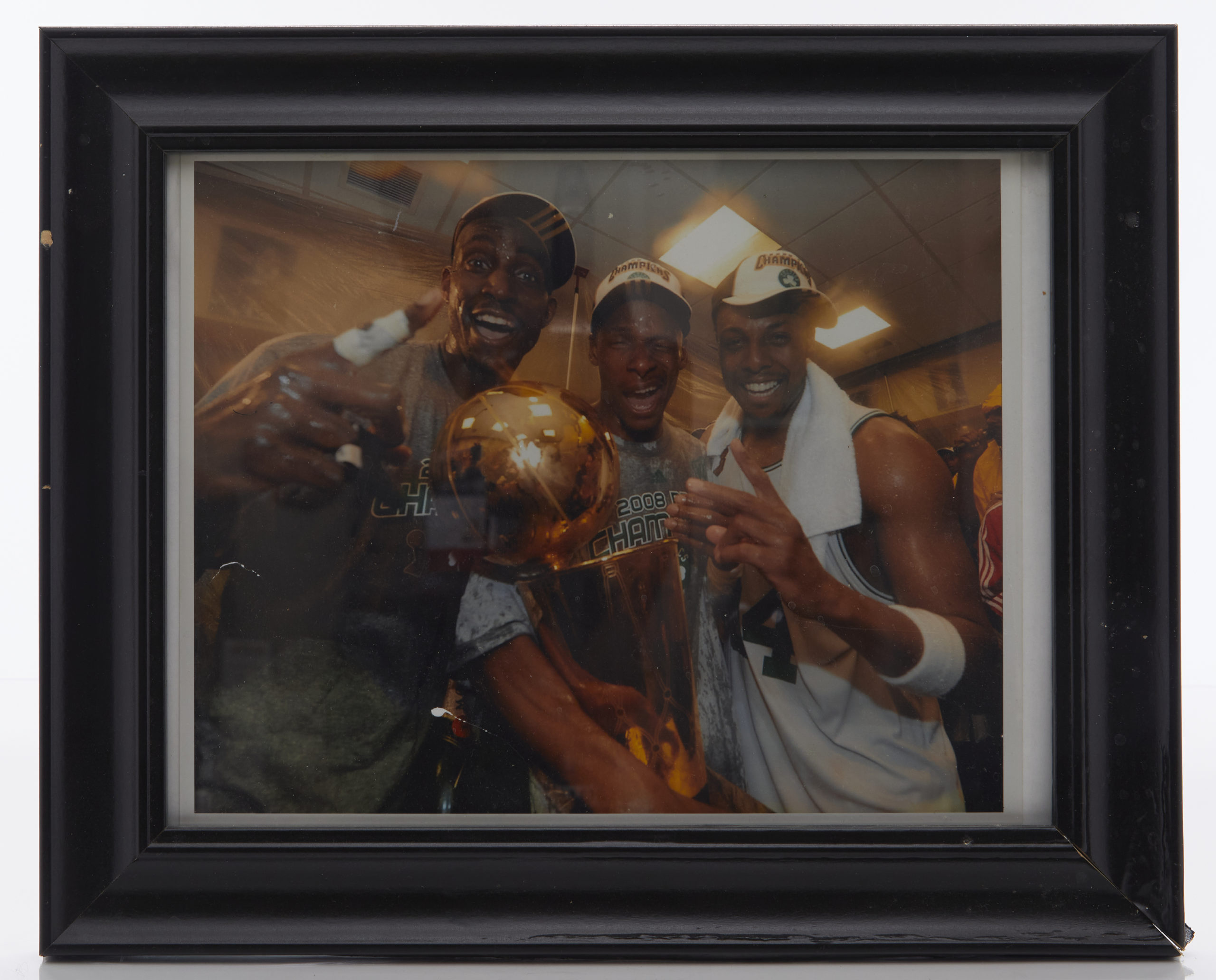